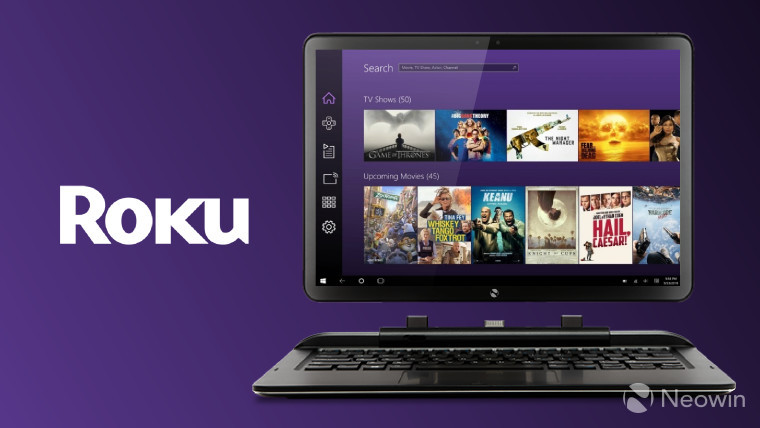 A few weeks ago, Roku - which makes a range of popular video streaming devices - launched a new app built on Microsoft's Universal Windows Platform. The app is designed for Windows 10 PCs and tablets only, and does not support Windows 10 Mobile devices.

Initially released only in the United States, Roku has now made it available to three new markets: the United Kingdom, Canada and Mexico. As MSPoweruser notes, Roku has also updated the app with a number of unspecified bug fixes and performance improvements.

The Windows Store description for the app lists its key features:

Windows 10 Mobile users can still use the older Windows Phone 8.1 app, which was released two years ago, and which the company told us last month it will continue to support.

The Roku app for Windows 10 PCs and tablets is available to download free from the Windows Store.