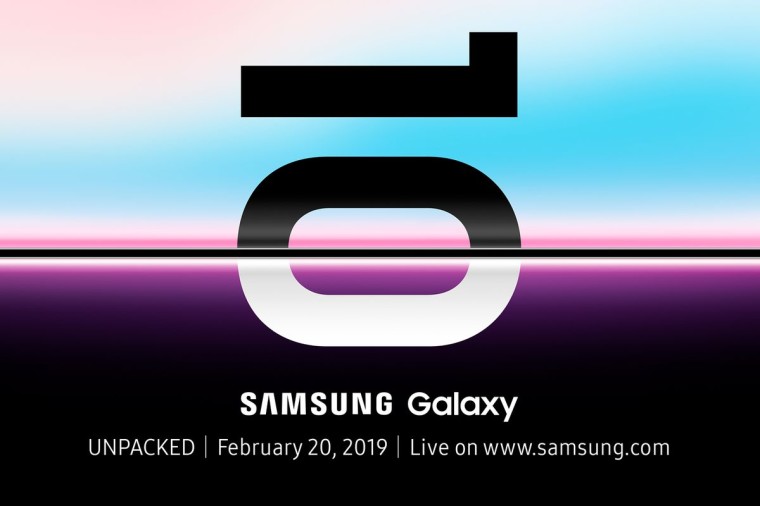 Samsung has officially announced its UNPACKED event, where the company is expected to launch its highly anticipated Galaxy S10 range. The event will take place on February 20, in San Francisco, with the core focus being the premium smartphone lineup. Samsung shows off its Galaxy S smartphones at the Mobile World Congress in Barcelona, which is held between February 25-28.

The company might want to gain an early lead against the competition by announcing its Galaxy S10 series a little sooner. According to The Wall Street Journal, the Korean giant plans on unveiling three models with varied screen sizes, hardware specifications, and features, with the company’s foldable smartphone reportedly being announced alongside those three handsets. Samsung allegedly showed off its foldable phone at CES 2019 to a few people behind closed doors, so chances of seeing a ‘market ready’ unit next month are very high.

The versions sold in the U.S. will feature a Snapdragon 855, while the non-U.S. ones will be treated to Samsung’s homegrown silicon, the Exynos 9820. Samsung’s market share according to Counterpoint Research for the Q3 2018 period is 19%, which is less than the 20% share the company had in Q2 of last year. Perhaps the new design change paired with better internals and features will allow Samsung to post better results in the upcoming quarter.