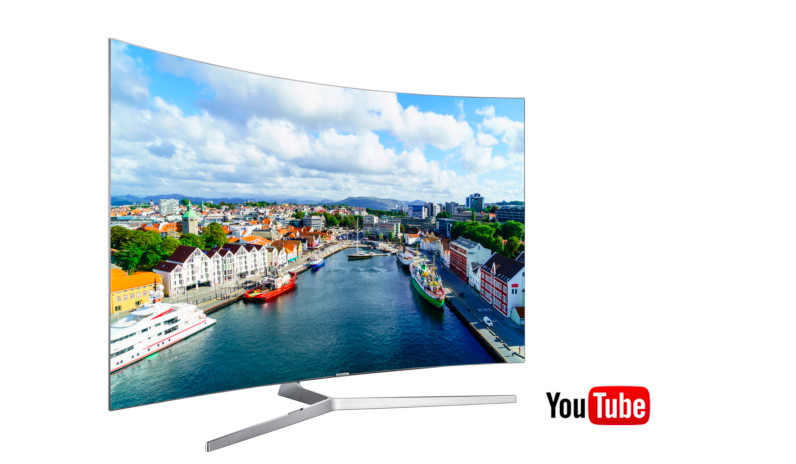 A little over a month ago, YouTube added support for High Dynamic Range (HDR) videos. Samsung has now announced that they will offer support on their premium line of televisions for YouTube's HDR content.

While HDR is still in its budding stages when it comes to home entertainment, this year, the technology took a couple giant steps forward with support from Microsoft and Sony, as they both launched consoles offering 4K video and HDR capabilities. Although content remains scarce, YouTube will bolster HDR content for its platform by partnering with popular content creators and will also offer recording time at its YouTube Spaces in Los Angeles and New York, both of which contain HDR production equipment.

Support for YouTube HDR content will be available on Samsung's Quantum dot and 2016 UHD TVs starting in December. Although the aforementioned televisions do offer a YouTube app, it will not currently display HDR content without an update. Samsung will roll out this necessary update globally in the coming weeks.