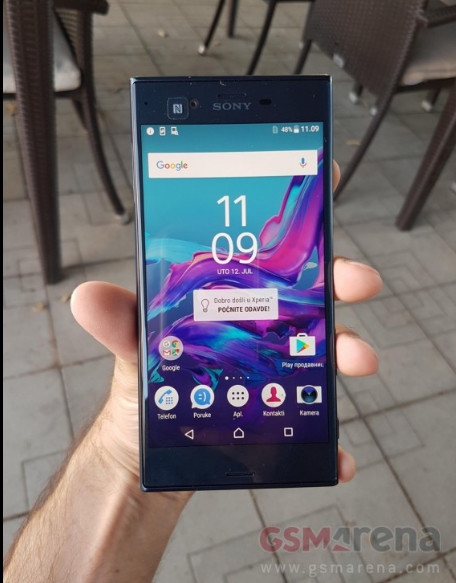 It's been the summer of leaks as we've had a plethora of visuals of Samsung's upcoming Galaxy Note7 and Apple's iPhone 7s. While many may have become bored of the previously mentioned handsets due to overexposure, it looks like the internet has birthed several images of a never-before-seen Sony handset.

According to the folks over at GSMArena, the leaked handset is set to become the next flagship in Sony's lineup. Currently is is being dubbed the "F8331",though specifications aren't confirmed at this point. The only details being revealed are that the screen will be larger than the current Xperia X, and both cameras will have the ability to capture video at 4K. The unit also offers USB Type C and a 3.5mm headphone port.

But, what is more intriguing is Sony's deviation from its previous design, which has pretty much yielded no change since the original Xperia Z1 that launched in 2013. The leaked handset shows a slightly different approach this time around, with the handset offering a glass inlay, similar to the Nokia N9 or early Lumias. Naturally, this is a leak, so we will have to wait until Sony officially announces this handset, though theres expected date for that at this time.