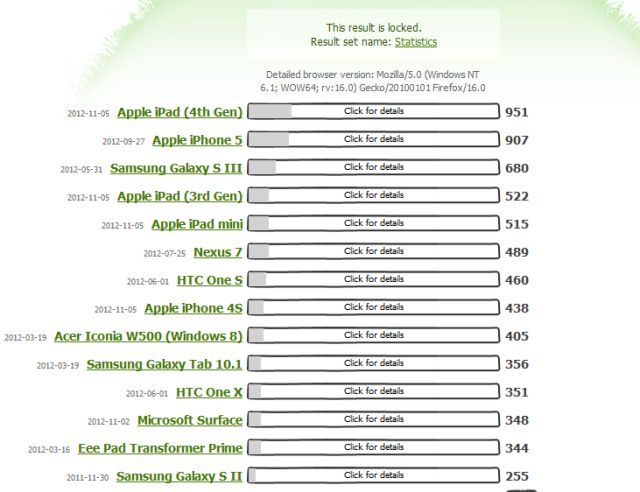 While Internet Explorer 10 may be a big improvement in performance compared to previous versions of Microsoft's web browser, that may not be case when it comes to IE10 running on Microsoft's Windows RT version of Surface.

Peacekeeper, a web browser performance benchmarking tool provided by Futuremark, has posted up some recent results from many tablet and mobile phone devices, including the Surface. The results show that the Surface has a score of 348, which is well behind many other popular tablets and mobile phones.

At the top of the list is the new fourth generation iPad from Apple, which got a 951 score on Peacekeeper, followed by the iPhone 5 in second. Even the Acer Iconia W500 tablet, running on Windows 8, had a browser performance score that beat that of the Surface, although it was still well behind that of the iPad and iPhone.

Futuremark is currently working on a new version of its popular 3DMark PC benchmarking software that will work under Windows 8 and other older Windows operating systems. It released a trailer showing part of its demo, running under DirectX11, back in June. At the moment, there's no word on when the new version of 3DMark will be released.