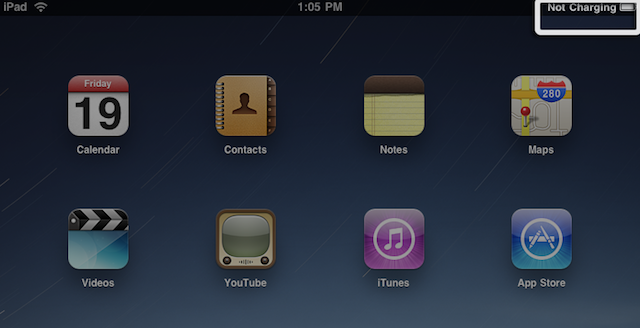 Among all the new excitement from Saturday's iPad launch, new confusions over the device's ability to charge over USB have started to appear. Customers are reporting that their newly purchased iPads aren't charging over USB on both Windows and OS X based computers.

The iPad specifications page clearly state the ability to charge with USB (with no mention of OS requirements) but Apple have additionally provided a support document disclosing that "some USB 2.0 ports and accessories do not provide enough power to charge iPad."

Providing some further clarification to Macworld, Apple asserts that USB charging is supported but that it varies according to the state of the iPad and the power output of the USB hub:

Further analysis from Apple's statements indicate that the iPad can only be charged off of USB connections that provide near 1 amp of current. The majority of USB ports on most older Macs and PCs only provide 500 mA and thus can't be used to charge the device.

For example, a 2009 Unibody Macbook Pro provides 500 mA extra current when connected to an iPad: 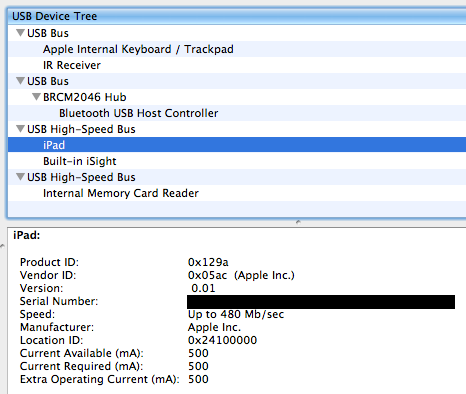 Apple's support document states that the iPhone power adapter can charge the iPad, which doesn't come as a surprise now since it's rated at 1 amp. The included 10-watt power adapter for the iPad is supposedly rated at 2 amps. Macworld's additional tests seem to show that the iPad can keep its charge when connected to a low-powered port, indicating that it at least would not die on you when syncing with iTunes.