TikTok has made great strides in the fight against cyber bullying over the past several months. Most recently, the company introduced comment filters so unapproved comments won't show up on your videos along with a pop-up feature that would ask you to reconsider an "unkind" comment before posting it.

Today, TikTok announced a new capability on the platform that lets you take more control of the comments section in your content. The new feature allows you to remove multiple comments at once if you feel being harassed by them. You can also block multiple accounts in bulk owned by those who post unwanted comments on your videos. Only up to 100 comments or accounts can be deleted or blocked at a time. 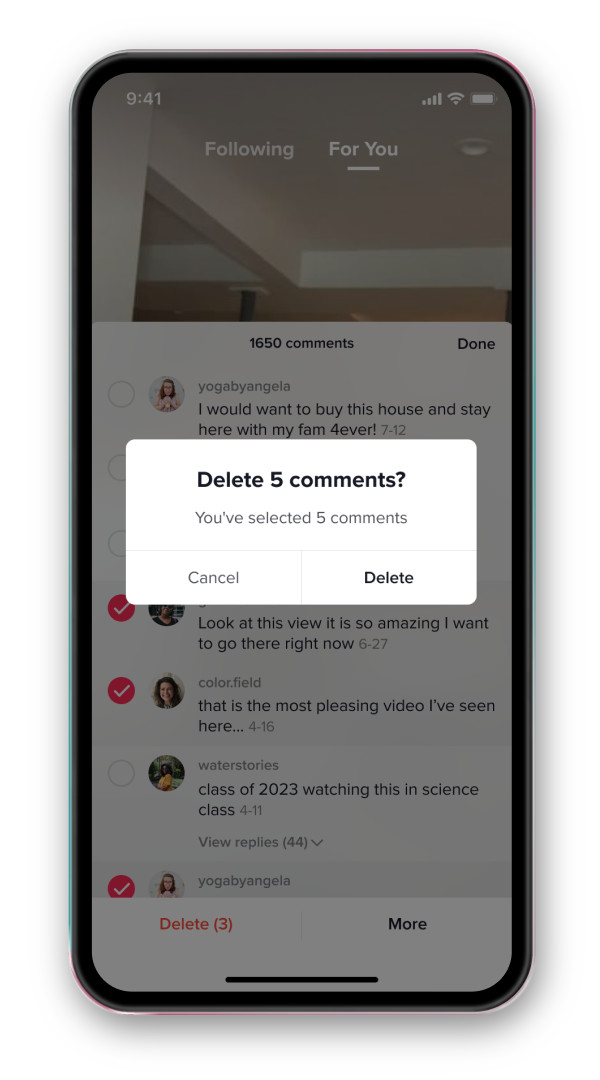 To remove comments in bulk, you can simply tap on the pencil icon and then you can choose multiple comments you want to delete at once. It's the latest step in TikTok's effort to help combat bullying on its platform. The service already puts limitations on private messages and comments if you're aged between 13 and 17. Earlier this month, it also joined the Technology Coalition to advance child safety on the platform.

The new feature is available starting today across select markets. TikTok plans to roll it out widely over the next few months.