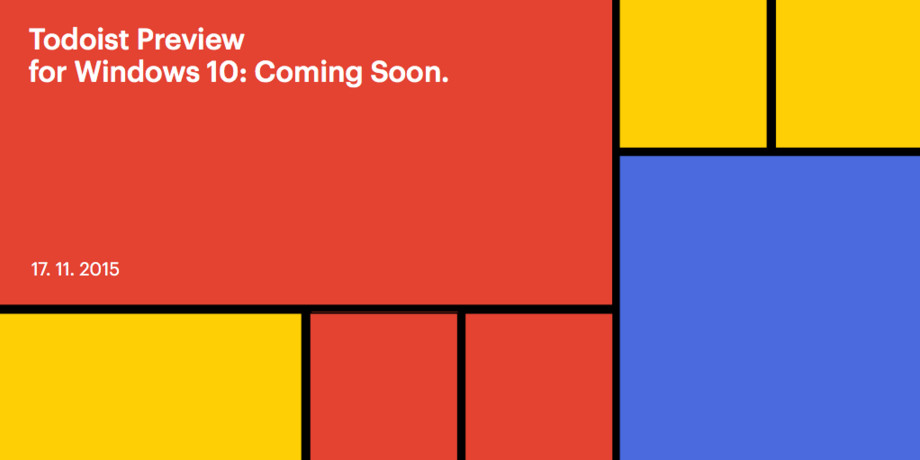 While it has been known that task management service 'Todoist' has been working on a native application for Windows 10, the team has announced that a preview version of the app will be arriving on the platform soon. The announcement came via the official Todoist Twitter account, stating that a desktop version will making its way to PCs next week, with a launch on Windows 10 Mobile later down the road.

@paolinoales Hi Paolino, right now we're focused on the desktop experience. Mobile will come later. Stay tuned and thanks for your patience!

The preview version of app is scheduled to hit the Windows Store on November 17th, before a full-fledged release in the future. As of now, little is known about the preview release, but support for a majority of core features is expected.

Earlier this year Todoist acquired TaskCrunch - an established third-party application that brought a native experience to Windows Phone. Since the acquisition, the company has shown their interest in the Windows platform, and released an early version of the official app to select alpha testers. Todoist is now confident to release the desktop preview to the public, before the release of a universal application at a later date. Although Windows 10 Mobile is nearing completion, it will still be a fledgling product, making it unlikely that we'll see a mobile version of the app any time soon..