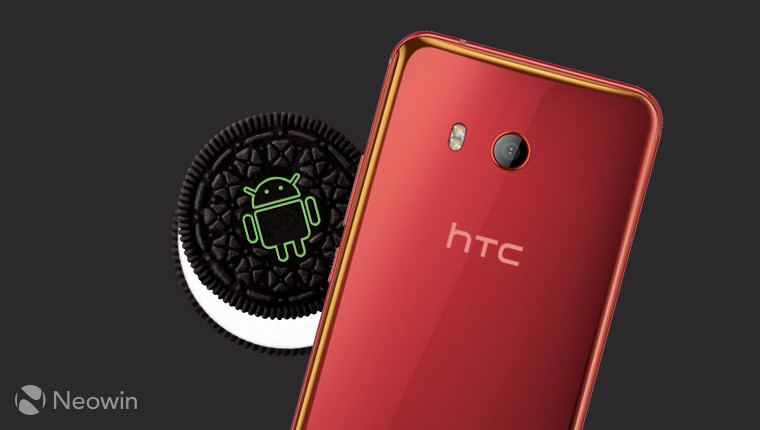 Earlier this year, HTC confirmed that it will update the HTC U11 to Android 8.0 Oreo by the end of the year with rumors hinting that it's in final stages of development. The company also started rolling out the new operating system in Taiwan, and it seems the time has arrived for other regions to receive the update.

HTC's VP of Product Management Mo Versi announced via Twitter that the unlocked HTC U11 will get the taste of Android 8.0 Oreo starting today. The update will be rolled out over-the-air (OTA) and should eventually reach all devices. It's released in phases so it might take a few days for the deployment process to complete.

Hope you all had a great Thanksgiving. The Oreo OS update will be available for download on the HTC u11 unlocked version starting on Monday! Enjoy!

If you have the unlocked variant of the HTC U11 you can manually check for the update by going into Settings > About > Software updates > Check now.

Not to leave its other major handsets without some Oreo love, Versi also confirmed that the HTC U11 Life, HTC U Ultra, and HTC 10 will also get the update in the coming weeks, and said:

It's coming soon. I'll let you know when we're close. The 10, Ultra and u11 life will receive the update. Thanks

Unfortunately, he didn't share any specific in terms of dates, but now that it's rolling out for the HTC U11, we can only hope that it will reach more HTC handsets and carrier-locked devices soon.