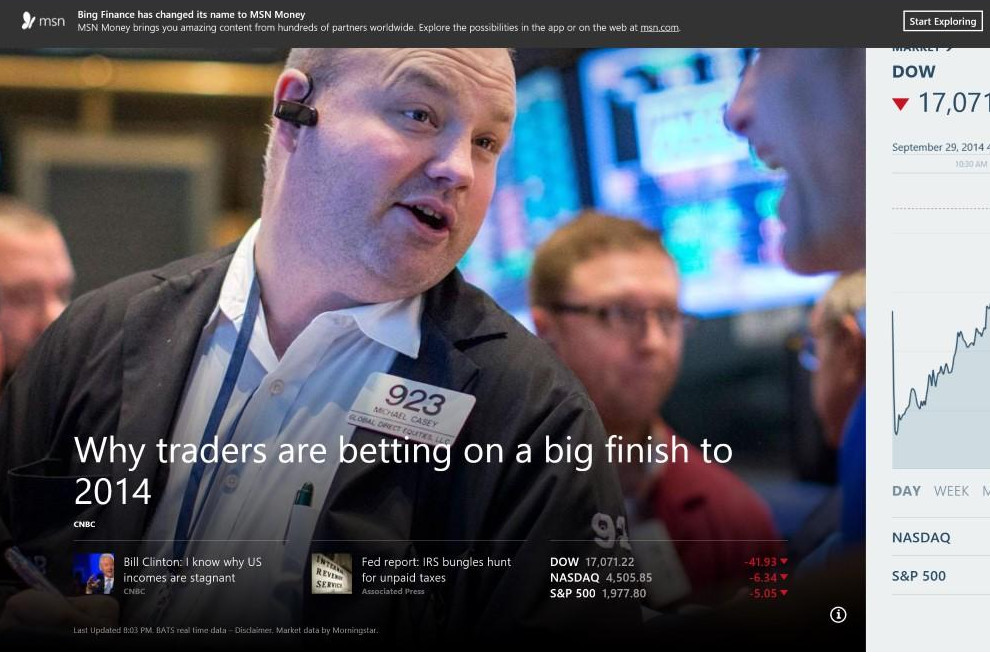 Microsoft has pushed out updates for its Bing apps that officially convert them to MSN applications but the branding is only skin deep. The change was expected and tonight is the night that Microsoft makes it all official; the rebranding affects both Windows and Windows Phone apps.

The company is relaunching its MSN brand with a new webpage and of course, all of these apps. The re-branding makes sense as MSN is about content and Bing is used for searching. So, having apps named after the search engine could have confused some users as the intent of the applications. More so, it solidifies that fact that Microsoft's MSN brand is here to stay.

While we don't know if there is any connection, Microsoft did push out the update on the eve of its Windows 9 announcement. Will this have any impact on the announcements tomorrow? Only time will tell.

For now, though, all of Microsoft's Bing apps now reside under the MSN umbrella and if you haven't done so yet, there is likely an update in the Windows store to rebrand your apps.