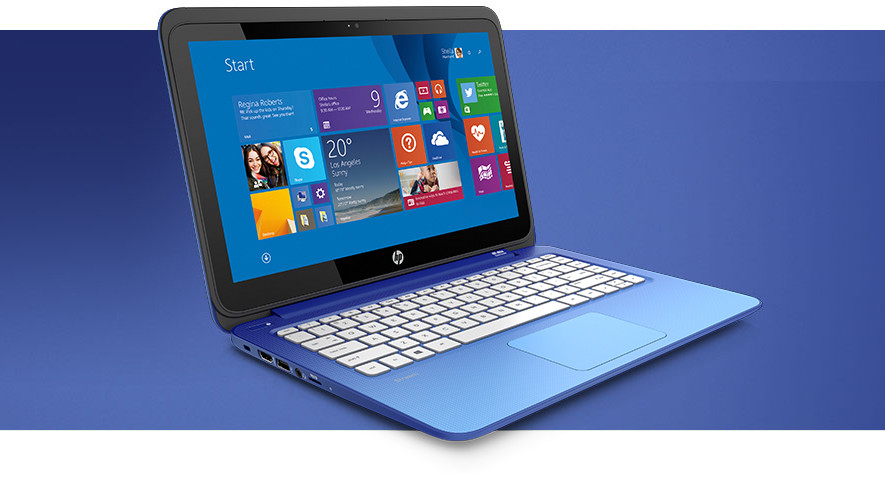 In July, Microsoft COO Kevin Turner held up an HP Stream laptop running Windows 8.1 at an event and claimed the device would launch in the holiday season for $200. That promise seemed to disappear when HP announced its first Stream laptop for $300, but now the Stream line's $200 Windows laptop has officially been revealed.

The laptops will feature HD screens (including an optional touchscreen for the Stream 13) and dual-core Intel Celeron processors. HP's website states the tablets will feature quad-core Intel processors, though it doesn't clarify what line.

Each device will come with a one-year subscription package to Microsoft services that includes Office 365 Personal and 1TB of OneDrive cloud storage, while the tablets will also come with 60 monthly minutes of Skype for a year. Additionally, the Stream 8 will include 200MB of free 4G data each month for the life of the device at no additional cost.

The new devices are part of Microsoft's ongoing effort to combat cheap laptops and tablets running Chrome and Android, as the Google-powered products have increasingly cut into Windows market share. Microsoft has made a large push for cheaper Windows devices by removing the license fee for tablets with screens smaller than 9 inches and introducing a free version of Windows that bundles Bing search.