Microsoft released Windows 10 Insider Preview build 18323 well over an hour ago, but the company has finally published a blog post to let us know what's new. The build comes from the 19h1_release branch, which means that development of new features is winding down.

Do you like taking pictures in Raw image formats and wish that the Raw files from your camera were natively supported by Windows? 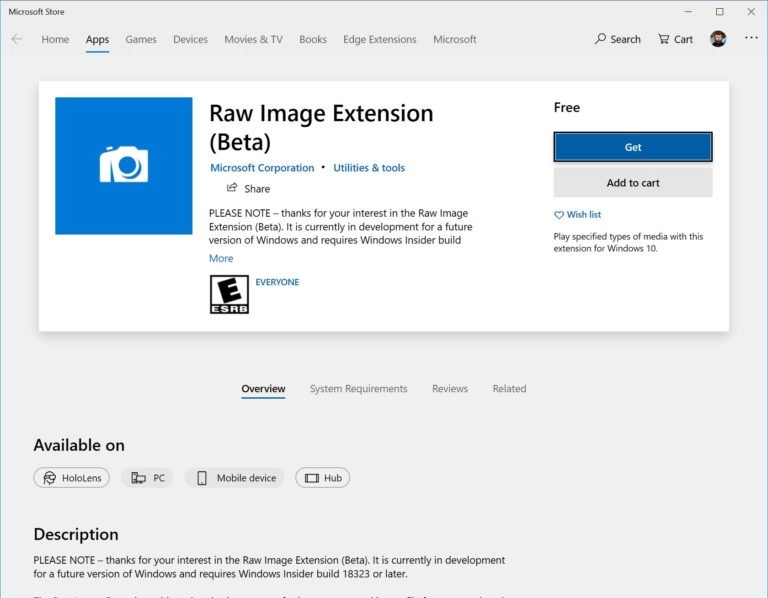 By downloading the new Raw Image Extension (Beta) package from the store, you can now view image thumbnails, previews, and camera metadata of previously unsupported raw files right in File Explorer. You can also view your raw images – at full resolution – in apps such as Photos or any other Windows app that uses Windows Imaging Component framework to decode raw images.

Please note – to install the package, 19H1 Build 18323 or later is required. Open the following link in Edge to install the current beta package: https://www.microsoft.com/store/apps/9NCTDW2W1BH8. We have also created a 19H1 Bug Bash quest for directions. If you are running Build 18323 or later, click on this link to open the quest in Feedback Hub.

How to provide feedback

We would love to get your feedback. Please send your feedback through Feedback Hub under “Devices and Drivers > Video Playback” category.

We introduced the new Light Theme in Windows 10 with Build 18282 and today’s build has some improvements to Light Theme worth taking note of based on your feedback:

Today's build also marks the version number as 1903. While that was expected, it means that the RTM build for Windows 10 19H1 should arrive in March, and we'll likely see the public update in April, barring any unforeseen issues.