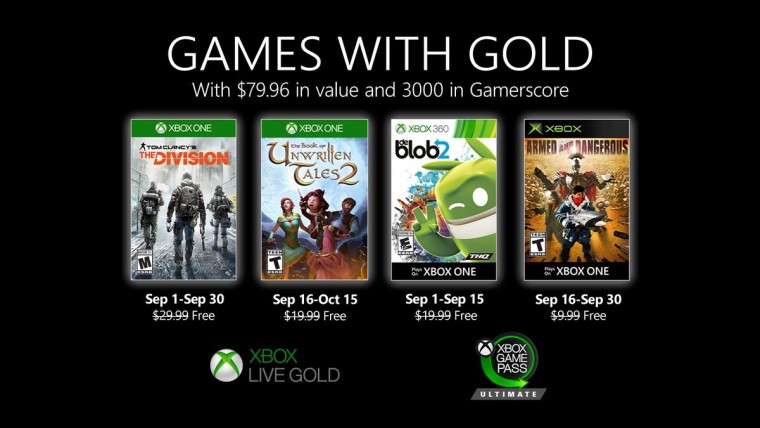 Now that it's almost the end of August, Microsoft today announced the Xbox Games with Gold for September 2020. As is the case most months, they include two Xbox One games, one Xbox 360 game (playable on Xbox One), and one original Xbox game (also playable on Xbox One), which can be claimed by Xbox Live Gold and Xbox Game Pass Ultimate subscribers.

On Xbox One, you'll be able to get your hands on The Division throughout the entire month, and The Book of Unwritten Tales 2 from September 16 through October 15. In the Xbox 360 department, you can claim de Blob 2 in the first half of the month and Armed and Dangerous in the second half. 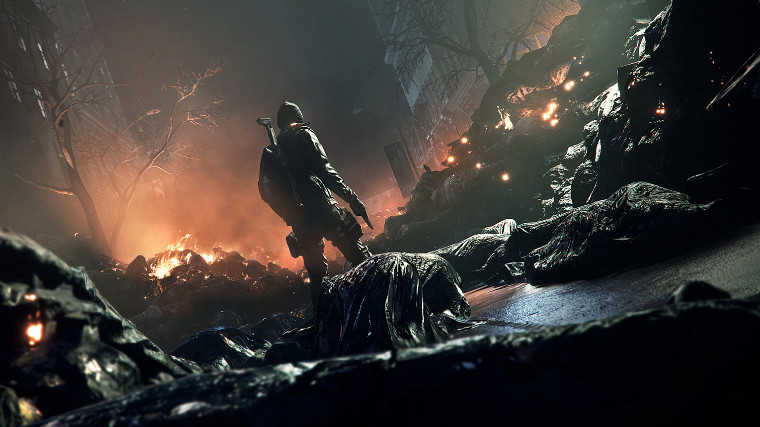 The Division is a revolutionary experience that brings the role-playing game genre into a modern military setting for the first time. In the wake of a devastating pandemic that sweeps through New York City, basic services fail one by one, and without access to food or water, the city descends into chaos. As an agent of The Division, you’ll specialize, modify, and level up your gear, weapons, and skills to take back New York on your own terms. 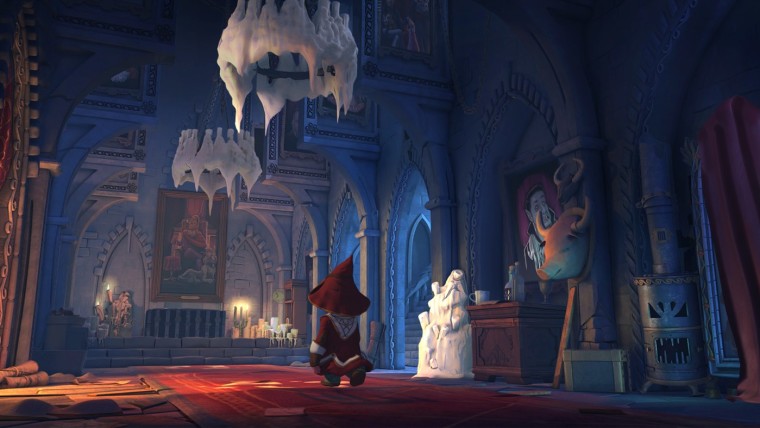 Every world needs its heroes. However unlikely they may seem. Join Wilbur, Ivo, Nate, and Critter in another classic point-and-click adventure in the wicked world of Aventásia. Help them fulfill their destiny. A destiny as yet unwritten. 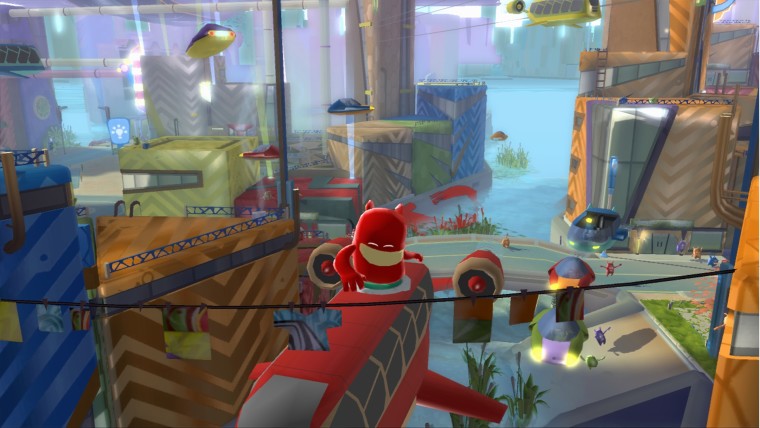 In de Blob 2, Comrade Black and the Inkies are back with a whole new plot to rid the world of color. With all-new help from Papa Blanc and his flock of followers, the Blancs, Blob, and his friends will have their work cut out for them bringing color back to the citizens of Prisma City. Set off on an action-packed color adventure where custom paints, patterns, and music bring the world to life. 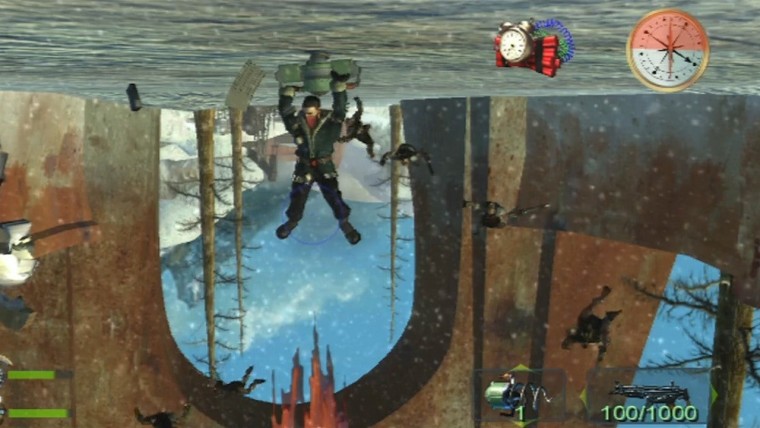 Meet the Lionhearts, a smack-talking rag-tag band of rebels bound on an impossible quest. They're destined for victory in 12,000 bullets or less. If they can make it through an army of psychotic robots and wall-smashing Goliaths, they just might save the world... if they don't burn it down first. This game has been upgraded for Xbox One X.

Since it's still the second half of August, a few of last month's Xbox Games with Gold are also available to download. You need to maintain an active Xbox Live Gold subscription to keep playing native Games with Gold Xbox One games, but the Xbox 360 and original Xbox games are yours to keep once you redeem them.