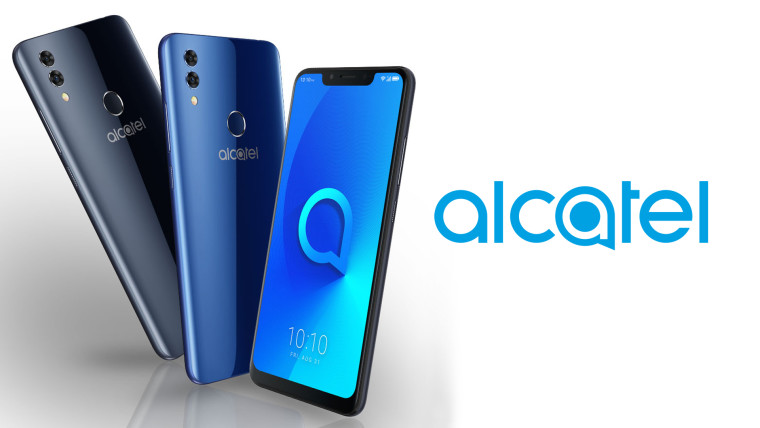 TCL Communication-owned Alcatel unveiled its new smartphone lineup at Mobile World Congress 2018 (MWC) early this year. The devices included the Alcatel 5, 3X, 3V, 3, 1X, and the 1C. We reviewed the 3V extensively, looking at the pros and cons that came with the $150 price tag. Today, as an addition to the 5 series lineup, the company launched the Alcatel 5V, calling it a “flagship of an entirely reimagined smartphone portfolio”.

The 5V is the first phone from the company to embrace a notched design for the screen, sporting a 6.2-inch 19:9 aspect ratio FullView display that packs an HD+ (1500 x 720) resolution. The device, however, also does seem to carry a slight chin at the bottom of the display. The display up front is covered by a slightly curved Dragontail glass, and the device's thinner bezels lead to an 88% screen-to-body ratio. Flip the phone over, and you'll find that the handset sports a curved glass-like glossy back. The phone will be launched in two colors, ‘Spectrum Blue’ and ‘Spectrum Black’.

On the security side of things, just like its sibling, the Alcatel 5, the device employs a rear fingerprint sensor along with the facial recognition feature that Alcatel calls ‘Face Key’. The company claims that the device can be unlocked in 0.5 seconds with the face unlock feature.

In the camera department, the 5V houses a dual-camera setup. The main shooter packs a 12MP sensor, whereas the secondary camera is a 2MP shooter, mostly used for depth information. This allows for the device to offer a portraitmode-like bokeh effect and the ability to refocus the image after a picture is captured. On the front, the phone makes do with an 8MP shooter for selfies. The company also claims that the 5V uses Artificial Intelligence (AI) to detect 11 different scenes and adjusts the camera settings accordingly for the rear shooter.

As for the other specifications, the device packs a MediaTek MT6762 octa-core processor clocked at 2GHz, with 3GB RAM and 32GB of on-board storage. Storage is expandable up to 128GB via a MicroSD card. The smartphone houses a rather large 4000mAh battery and it comes with Android 8.1 Oreo out of the box.

The specifications do seem underwhelming, given that the Alcatel 5V will be available in select markets from July at prices starting from $199.99. For $50 more, a Moto G6 would provide much more bang for your buck and might be an overall better package. Additionally, the 5V’s spec sheet does not list 4G LTE bands, which we hope is an error.