Amazon impressed a lot of people with its Kindle announcement earlier this week. The new Paperwhite models are a welcome and significant improvement over their predecessors, while the updated Kindle Fire and new Kindle Fire HD squeeze an impressive amount of tech into a sleek package for a low price. What’s not to love about that?

Of course, there’s always a catch – and it quickly emerged that those lovely new Kindle Fires would all include mandatory, inescapable ads (or Amazon ‘Special Offers’) on the lockscreen, something that Jeff Bezos hadn’t exactly been open about while touting the new tablets’ capabilities on stage. 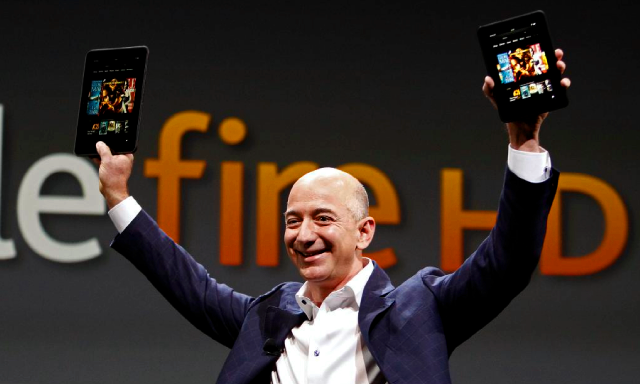 The interwebs got a bit worked up about this – understandably, to some degree – but most reasonable minds quickly accepted that this wasn’t an entirely unfair compromise, given the relatively low upfront price of the devices. But then things got weird.

Engadget reported that one of its readers had received word from Amazon that an option to remove the ads – already offered on ad-supported e-ink Kindles – would be “announced soon”. Hours later, CNET said it had spoken to Amazon, and a spokesperson had “confirmed that there will be no way to buy out of the Special Offers ads”. When Engadget then contacted Amazon again, the company reiterated the confirmation it had given to CNET, citing a “mix-up in support” as the cause for the conflicting information.

Sounds like Amazon needs to have a few words with its support team, because the company has now changed its tune again. Gizmodo reports that an Amazon spokesperson contacted them via email, confirming (if that word has any meaning here anymore) that buyers will be able to opt out of the lockscreen ads for a one-off fee of $15 USD:

I wanted to let you know that with Kindle Fire HD there will be a special offers opt-out option for $15. We know from our Kindle reader line that customers love our special offers and very few people choose to opt out. We’re happy to offer customers the choice."

Of course, we’ll have to wait and see if that’s the end of the story – but this is turning into quite the page-turner.