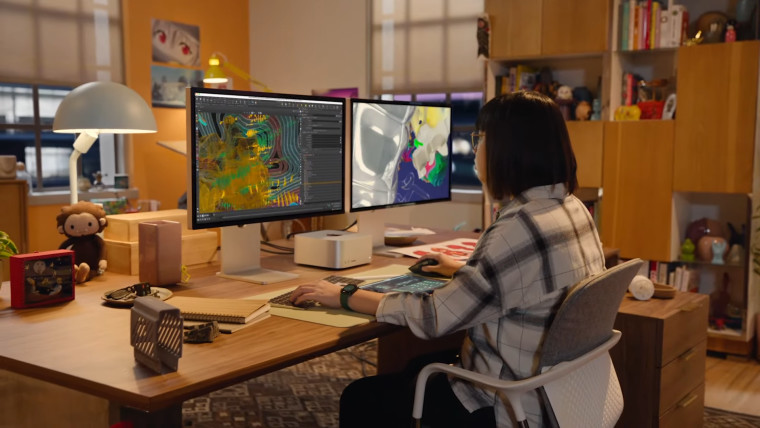 At its "Peek Performance" event, Apple has announced a new class of device dubbed as Mac Studio. The device takes cues from the Mac Mini and provides a better solution for people who want to configure the device to their needs.

On the outside, the device looks similar to the Mac Mini but packs a punch. The device is powered by the Apple M1 Max/M1 Ultra chipset. The desktop features four Thunderbolt ports, two USB-A ports, an HDMI port, a 10Gb Ethernet port and a pro audio jack for high-impedance headphones or external amplified speakers. Furthermore, the device will also feature two USB-C ports on the Mac Studio with M1 Max chip, while the one will M1 Ultra chip will feature two Thunderbolt 4 ports at the front. There is also a SD card slot on the front on both the variants. Apart from that, the Mac Studio will also support Wi-Fi 6 and Bluetooth 5.0. 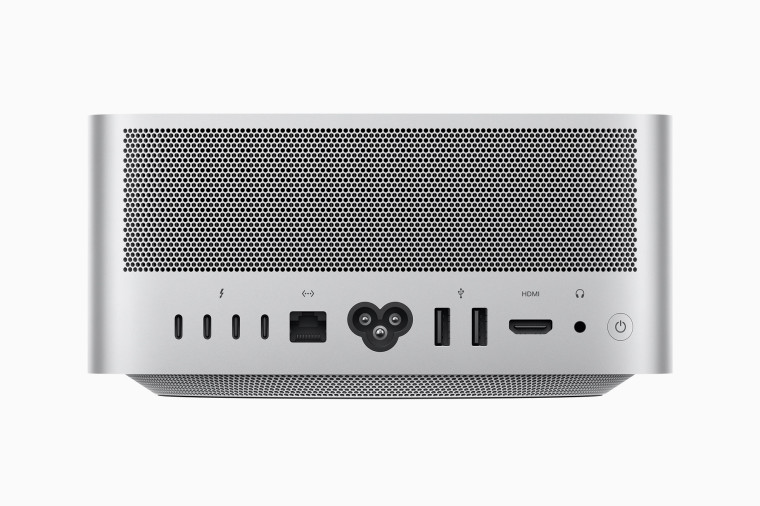 Along with the Mac Studio, Apple has announced the new Studio Display which features a 27-inch 5K Retina screen with over 14.7 million pixels, 600 nits of brightness, P3 wide colour, and support for over one billion colours. The display will feature Apple's A13 Bionic chipset along with a 12MP Ultra-wide front camera. The Studio Display comes with a three-microphone array and features three USB-C ports and a Thunderbolt port capable of delivering 96W of power to a Mac notebook.