Are all the Apple fans ready for September 12th, the date of the next iPhone event? Of course you are! Well another strong implication that a new iPhone is going to hit the market soon has come from Apple themselves.

Apple is offering up to $345 on an Apple gift card to any user wishing to recycle their iPhone 4S handset. They aren’t the only ones either, with Amazon offering $500 to one user.

Apple already offer the recycling service to owners of the iPhone 3G, 3GS and 4, but the 4S recently appeared on the list of devices they will buy back from you.

To be in with the chance of being offered top dollar for your device, it needs to be in good condition (no damage, cracks, etc.) and a more premium model, such as the White 64GB iPhone 4S model. The black 16GB model will get you $285 from Apple, which isn’t a world away from the $345 maximum. 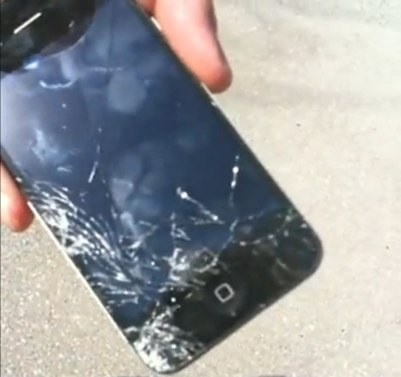 The phone shouldn't look like this, but you could still get £169 for it!

Apple plan to recondition the devices for resale or, if they aren’t usable, have them broken down and recycled correctly.

The United Nations estimate electronic waste reaches 40 billion tons each year. Phone companies like Apple are under increasing pressure to contribute more to the recycling issues.