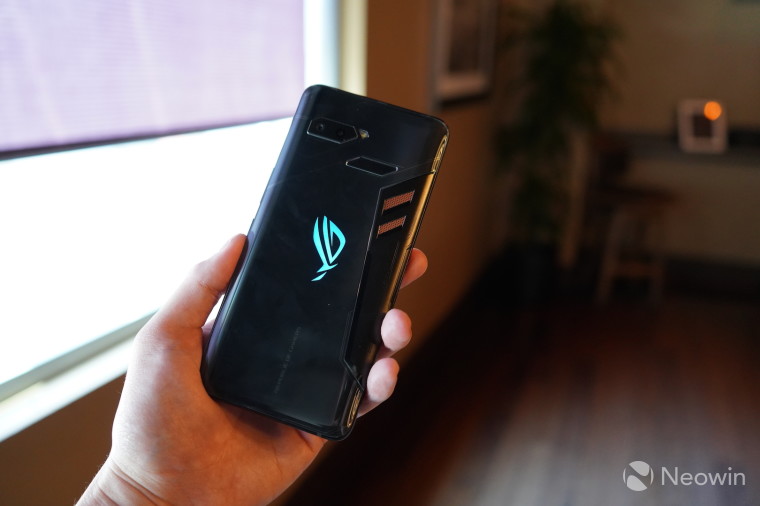 ASUS announced the gaming-oriented ROG Phone II last year with a Snapdragon 855+ chip, 120Hz OLED display, RGB backlit, and a massive 6,000mAh battery. With the ROG Phone II's launch anniversary coming up, ASUS is now preparing to announce its successor -- the ROG Phone 3. Detailed specs and photos of the device have leaked as it passed through TENAA's database.

The photos point to the ROG Phone 3 featuring a design that's similar to the ROG Phone II. The only notable change here is the omission of the headphone jack, with the bottom USB-C port acting as an audio out source as well. It is unclear if the device will feature the ultrasonic "AirTriggers" shoulder buttons as found on its predecessor.

The leaked specs point to the ROG Phone 3 being a complete specs monster. The device will have a 6.59-inch AMOLED display with FHD+ resolution and a 120Hz refresh rate. It will also feature an in-display fingerprint scanner. The 9.85mm thick device will weigh 240g, and it will feature the Snapdragon 865 chip, though its "Prime" core can seemingly ramp-up to 3.091GHz as per the TENAA listing. The "Prime" core on regular Snapdragon 865 has a maximum clock speed of 2.84GHz. It is unclear if the GPU will be overclocked as well. The higher clock speed will likely be triggered when one activates the dedicated "X-Mode" on the device that is meant to further boost performance. The exact amount of RAM on the device is not listed, but the listing states maximum supported capacity as 16GB. It is possible that the high-end storage tier variant of the ROG Phone 3 ships with 16GB RAM.

The camera setup at the rear will also be upgraded on the ROG Phone 3 when compared to its predecessor. The listing points to a primary 64MP shooter, a 13MP ultra-wide, and a third new camera which is possibly a telephoto camera. Other specs of the device as revealed by the listing includes a 6,000mAh battery with 30W wired fast charging support. The device will also support 5G albeit only the sub-6Ghz network.