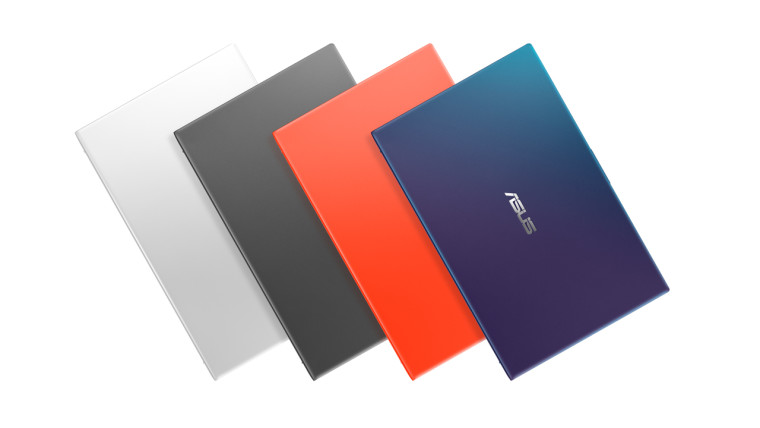 CES 2019 is underway and companies are busy showing off their new devices to the world one after the other. ASUS is one of the companies that has been active at the event with a whole host of new products such as the Zenbook 14 and S13 with very thin bezels, the interesting and unique Mothership 2-in-1 gaming machine, the StudioBook S mobile workstation, and the Chromebook Flip C434. That’s not all, as the company also unveiled refreshes to its VivoBook line of entry-level laptops, as the company took the wraps off the VivoBook 14 (X412), 15 (X512), and 17 (X712).

As the name suggests, the new VivoBook line-up of laptops come in 14-inch, 15-inch, and 17-inch variants. The devices borrow from the chassis design that was first debuted with the VivoBook S. The laptops incorporate what the company calls “NanoEdge ultra-narrow-bezel displays”. The bezels on the 14-inch and 15-inch versions are 5.7mm thin, resulting in an 87% and 88% screen-to-body ratio respectively. Similarly, the 17-inch model manages to pack an 85% screen-to-body ratio. As is the trend with a lot of laptops, the lack of bezels allows for the screen to be fit into a smaller chassis. However, the thin bezels do not translate to the lack of a webcam at the top of the display.

The VivoBook 14, 15, and 17 can be configured all the way up to an eighth-generation Intel Core i7 Whiskey Lake U-series processor. However, for some configurations of the 14 and 15, an older generation Kaby Lake R CPU does duty in the machines. The device can also be purchased with an NVIDIA GeForce MX130 discrete graphics built in, depending on the model. The devices come with Full HD displays across the board and feature ASUS’ ErgoLift hinge, a hinge mechanism that tilts the keyboard deck to an angle when the lid is opened. Though not unique to this device, this is a neat feature to have for those that are accustomed to the tilt that a desktop keyboard offers.

The VivoBook 14 comes with ASUS’ NumberPad, a feature that transforms the trackpad into a number pad when the NumberPad icon is tapped. When not in use, the trackpad is a glass-covered Windows Precision touchpad and supports all Windows 10 gestures.

As for storage, the devices can be configured with up to 256GB of SSD storage coupled with up to 2TB of traditional hard disk drive (HDD) storage. However, the ASUS website listing appears to indicate a 512GB SSD option. The devices can also be configured with a combination of Intel Optane Memory (16GB) and a traditional HDD. The combination makes the device extremely useful and might help keep the costs down. An optional fingerprint sensor built into the touchpad enables Windows Hello biometric authentication.

Users can choose from four color options for the VivoBook 14 and VivoBook 15 - Transparent Silver, Slate Grey, Iridescent Peacock Blue (that changes its color tone depending on how light hits the laptop surface), and Coral Crush. However, the 17 can only be purchased in the Transparent Silver color. Pricing and availability have not been revealed yet. However, these devices look like they are aimed at the entry-to-mid level consumers. You can head over to ASUS’ website to subscribe for updates on the devices.