The BBC has posted a monthly press pack which includes iPlayer imagery for what appears to be a future version of the iPlayer for iPhone.

The monthly press pack is created to provide viewing figures and usage statistics for the iPlayer video on demand service in the UK. iPlayer is a free service provided by the BBC for viewers in the UK to catch up on programming they may have missed.

Within the press pack is a number of different statistics including the confirmation that the October 22 edition of Question Time was the most viewed TV program in October. Mostly due to the inclusion of Nick Griffin, the leader of the British National Party, widely accepted as a fascist and heavily racist political party in the UK. In amongst all the vital statistics is an image of an iPlayer application running on the iPhone (see below). In the image it's clear that there is a downloads option and what appears to be a live stream option. The iPhone in the image is connected to a Wi-Fi network indicating that the Wi-Fi restriction for the current iPlayer website could still be in place.

The BBC has yet to confirm or deny that a native iPhone application will be available but it's clear from this official imagery that it's currently in the works.

Update: The BBC's Nick Reynolds has stated "the images are old images and should not be taken to mean that anything is likely to happen soon."

If you are in the UK and interested in using iPlayer through Media Center or your Xbox 360, Neowin posted a guide earlier this week on how to enable this - unofficially.

Thanks to Jordan Howell for the news tip via Twitter 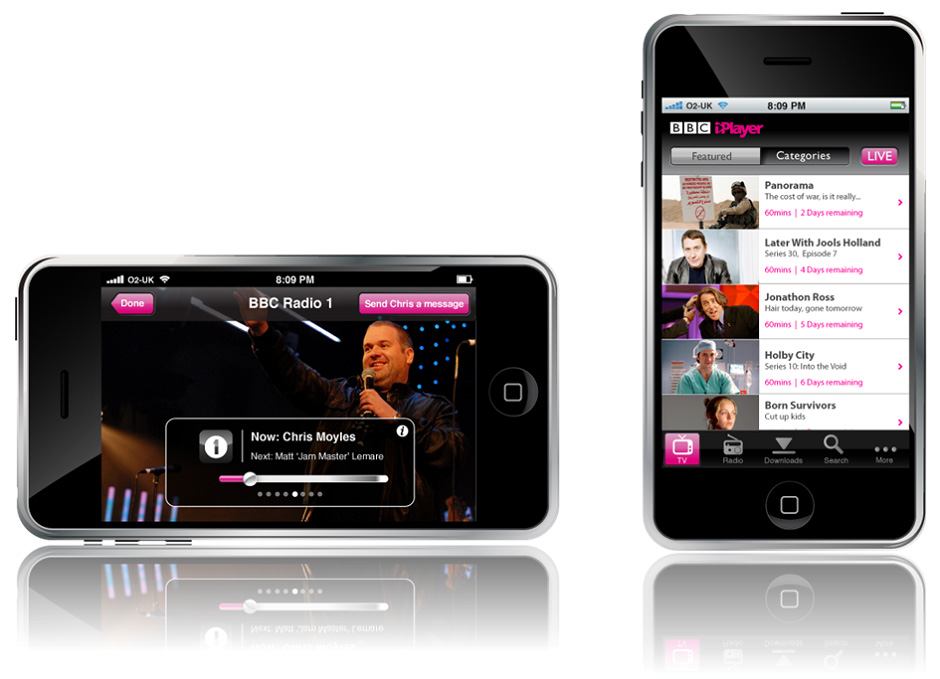