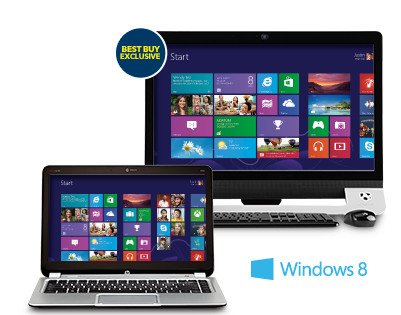 Earlier this week, the retail research firm the NPD Group revealed that sales for Windows PCs were down 21 percent in the US for the first four weeks of the Windows 8 launch versus the same time period a year ago. Now an executive from Best Buy has revealed that its stores are simply not getting enough Windows 8 PCs units to sell to the public.

Time magazine's website reports that display screen issues are partly to blame. According to Best Buy's vice president of merchant computing, Jason Bonfig, touch screens that are sized at 10 inches and higher are in short supply at the moment. Bonfig also says PC makers are trying to improve some of the mechanical aspects of the Windows 8 hybrid products.

Microsoft CFO Tami Reller seemed to hint about these kind of supply issues earlier this week when she told a investor conference that there were currently "not enough" Windows 8 touch screen products on the market.

However, it's not all about supply and quality control issues for the new Windows 8 PCs. Bonfig also admitted that the retailer has refused to sell some Windows 8 hybrid devices that have detachable touch screens. He did not specify which models or brands Best Buy had declined to sell. He said: