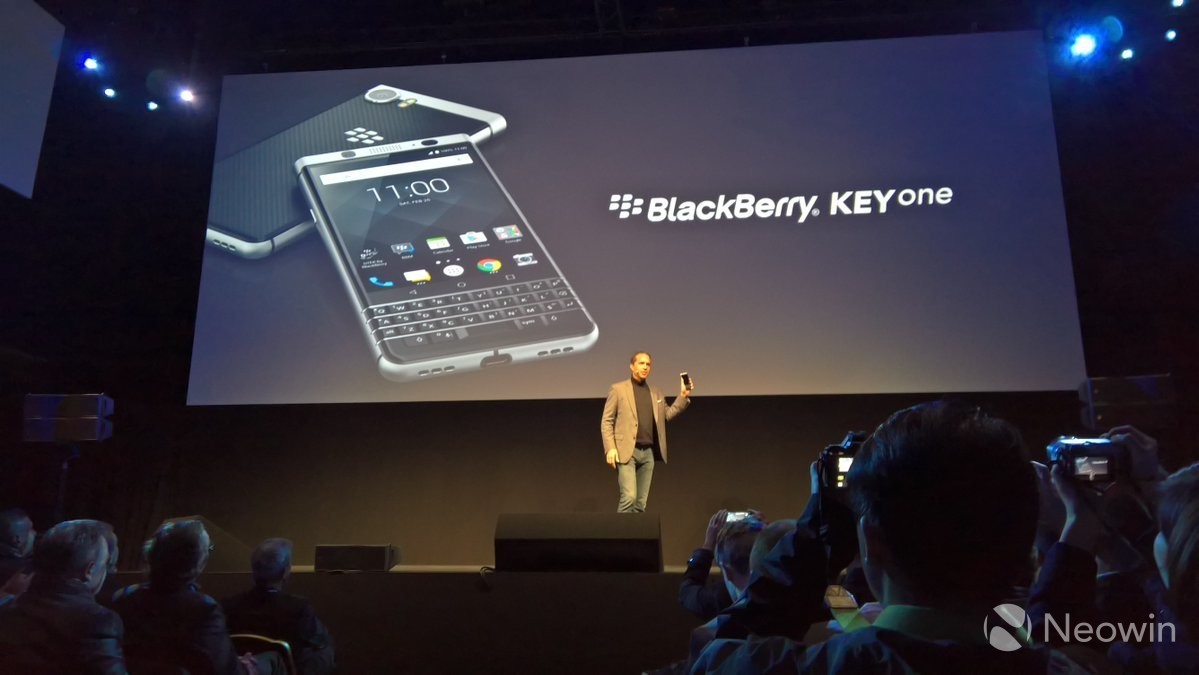 Earlier today, TCL unveiled its new premium Android handset, the BlackBerry KEYone. It promises "unparalleled security", thanks to its "hardened" version of Android, which includes unique protective features not available on other Android devices.

TCL also says that the handset will offer a full day of battery life - in fact, at 3,505mAh, it's got the biggest battery of any BlackBerry phone to date. But perhaps the most notable feature is the physical QWERTY keyboard - a beloved element of BlackBerry devices for the company's biggest fans.

At the launch event today, several execs and reps from BlackBerry and TCL told me that they were hopeful that the KEYone will finally win over those last remaining fans who have resisted the company's switch to Android, which began with the Priv in 2015. But if the KEYone is going to find success beyond just those who already love BlackBerry, it's got to do better than that.

I had a bit of hands-on time at the launch earlier, and have shared some of my initial impressions of the new device in the video below, along with a general overview of its key features:

One thing that I didn't note in the video was how awkward it felt switching back from an on-screen keyboard to a physical keyboard. I had a similar issue when I briefly played with the Priv last year, but it hasn't become any easier since then.

That's not necessarily a fault of the KEYone, though - in reality, it simply reflects the fact that I haven't regularly used a device with a physical keyboard for almost a decade, so there's clearly a 're-learning' curve involved. But that also raises the question of whether or not some potential buyers will experience similar issues after years of tapping away at their smartphones' screens.

It's far too soon to say, of course - we'll need to have more than just a few minutes of testing at a launch event to be able to properly assess the device. For now, despite those doubts, there's still plenty to like about the KEYone, and it certainly seems to be a thoughtfully designed and well-built device. I'll be looking forward to testing it properly in the weeks ahead.

One final note: I mentioned at the end of the video that the KEYone will launch next month; in fact, it's due to launch in April.