"Feature phones" were what we had before "smartphones" - while they're able to browse some version of the internet and might be able to play MP3 files in full, they lack most of the features we consider to make up a modern smartphone. They include the Nokia 150, 216, and 222, as well as the classic 3210, 3310, and 5110. 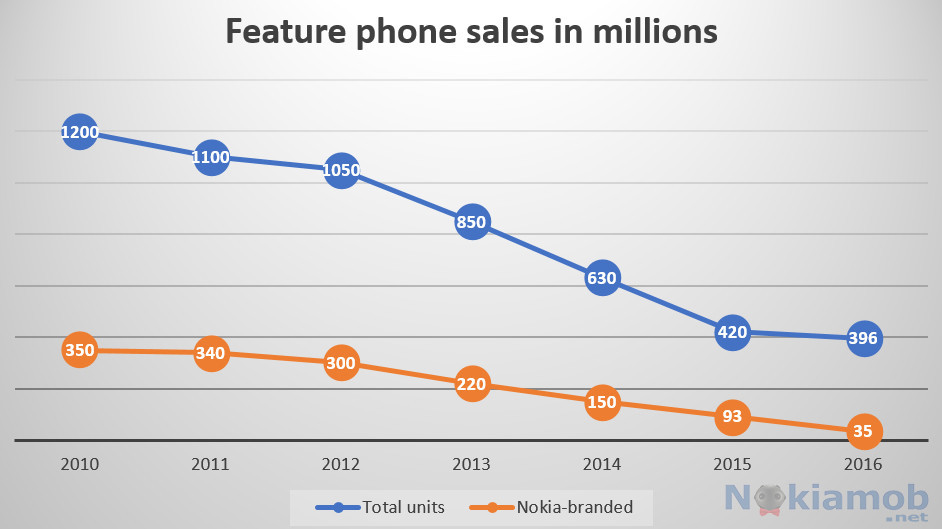 Although there were rumors of the company looking to ditch their feature phone business, HMD is already looking to refresh the 3310 for a re-release. This might make some sense, given that figures for Nokia's feature phones show that the company shipped 35 million units last year. This figure accounts for 8.9% of all feature phones sold around the world, having it trailing behind Samsung for first place. In total, 396 million feature phones were sold in 2016. 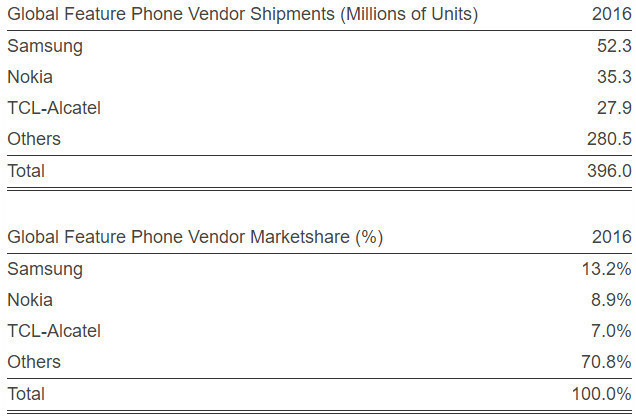 While those numbers might appear to be large, it's worth noting that Nokia had shipped 90 million feature phone units in 2015, so last year's figures represent over a 65% drop. Nevertheless, it is still an extremely large industry and may be the reason why HMD is looking to go full steam ahead with the 3310 refresh.

Assuming that the new device can generate enough interest, it might be able to overtake Samsung for the number one spot in 2017 and prove to be a successful revenue generator for HMD.