Two Worlds 2 finally has a "set in stone" release date of January 25 2011 on Xbox 360, PlayStation 3 and PC. The release of the game seems to have been dragging on for some time, especially since it has already seen the light of day in some areas of Europe. We also have news of a new graphics card from ZOTAC, the NVIDIA based GeForce GTX 580 AMP! Edition. Rayman 2: The Great Escape is free for just 24 hours on the iPhone and iPod touch thanks to Gameloft. Finally we have news of a couple of PlayStation 3 releases, Alien Breed 2: Assault and RTS title, Under Siege.

More graphic card news thanks to ZOTAC. They've announced the GeForce GTX 580 AMP! Edition of NVIDIA's top end graphics card. The AMP! edition has improved performance and energy efficiency according to the company, and should be in stores from today.

The GeForce GTX 580 AMP! Edition is tweaked and tuned for maximum performance, energy-efficiency and reliability.

The troubled worldwide release of role-playing title, Two Worlds 2, seems to be nearing its conclusion. Both the American and UK release date has now been set for January 25 2011 on Xbox, PlayStation 3 and PC. Assuming there are no more hold ups we should be seeing reviews early next month. Previews of the game have praised the improvements over the original, and it looks like another great RPG is nearly here. 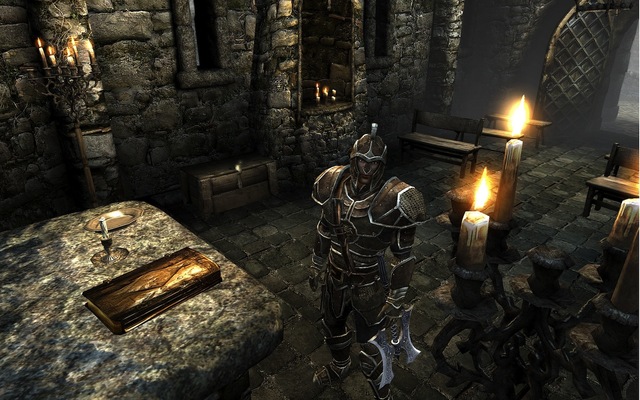 Gameloft have let us know that their Japanese based role-playing game, Eternal Legacy has been released for both the iPhone and the iPod touch today. The game is priced at £3.99 and has loads of content for your money. The game mixes up a fantasy setting with science fiction elements and is completely 3D. The game reminds many some of Final Fantasy, with its turn based style and the many side-quests the game has. Here are some more details on the game:

Enter a huge world made of cinematic environments in this intense role-playing game, worthy heir on your iPhone and iPod touch of its Japanese predecessors.

ENTER THE WORLD OF ALGOAD

- An absorbing scenario implying heavy responsibilities: Astrian, you must save Algoad from destruction and restore the living bond between humans and nature.

- A mix of fantasy and sci-fi: fight with swords and guns, face robots and magic, and fly your own ship!

- Dynamic turn-based fights: preset your future attacks, which will be triggered one by one once your action gauge is filled.

- Up to 3 characters will fight at the same time: select your team among your recruits and define your teammates' behavior.

LIVE YOUR OWN ABSORBING ADVENTURE

- Choose your own path by interacting with the environment, items, people and enemies, or solving puzzles to make your way through obstacles.

- Talk to the people you meet, featuring full voice acting: they may join your team, reveal some secret, give you a quest, and more.

- Perform sub-quests if you like, to extend the game’s lifespan and gain more experience.

- Customize your character and weapons: you master your destiny. 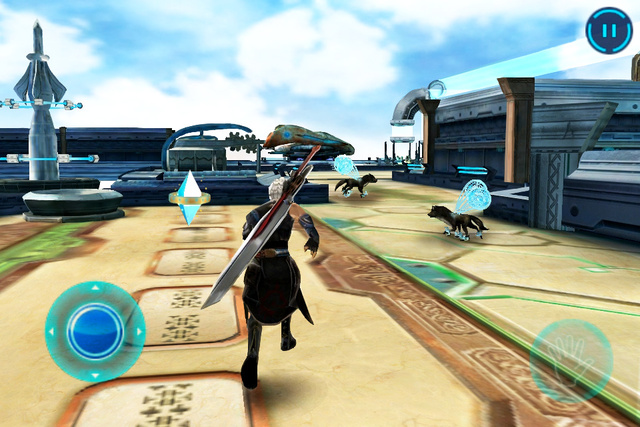 Asphalt 6 Trailer and Free Rayman 2: The Great Escape from Gameloft

Meanwhile Gameloft have also released a trailer for their upcoming racer, Asphalt 6 which is due out soon. The trailer can be viewed below:

PlayStation 3 gamers can finally get their hands on Alien Breed 2: Assault via the PlayStation Network. The game has been released for a couple of months on both the Xbox 360 and PC, and is the 2nd part of the trilogy. No news on when the final game, Alien Breed 3 will be released on the PlayStation Network, but it shouldn't be too long as the PC and Xbox versions we released last month. All three games are well worth picking up if you have the money and are quite lengthy too which is always a good thing.

Pick up the controller and retake command of Theodore Conrad, Chief Engineer aboard the Leopold, as he battles his way through a mysterious spacecraft - the same ship that is releasing the alien menace currently terrorizing Conrad’s own vessel!

Featuring the new “Survivor” mode, Alien Breed 2: Assault offers you (and a friend if you so wish, in both online and local action) the chance to fight for your life in an arena-style gauntlet. Facing increasingly difficult waves of enemies, your death is certain. How long you survive, however, is up to you! For those that adventure alone, the single-player experience is just as tense and thrilling, with new set pieces and boss battles awaiting you in the depths of the alien craft. If you have the guts, and nerves of steel, then prepare to take the fight to the enemies’ doorstep aboard the invading ship, beautifully rendered using the Unreal® Engine 3 technology. 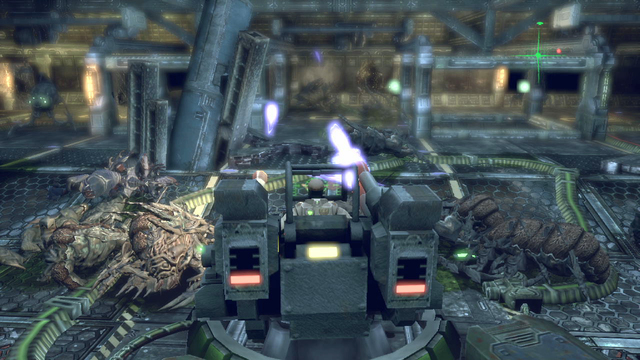 Seed Studios have released RTS title, Under Siege on the PlayStation Network. The game supports the PlayStation move controller in a similar way to how RUSE did when it came out. Under Siege is set in a medieval world where you take control of three main heroes. The game can be played in single player or online. The good news is that the game also allows users to create their own maps and take them online thanks to an in-game editor. You can download the game now for $19.99/£11.99. Let us know what you think of it!

Set in a medieval fantasy world, Under Siege™ sees players control a small group of heroes – Eirik, Kari and Asgeir – in a battle against the huge invading army of King Ingvar. With a single player campaign, as well as online and local multiplayer content, the game works with the DualShock/Sixaxis controller and is also one of the first games to support the Playstation® Move controller.

Under Siege™ places extreme emphasis on user-generated content and in-game battles. Using the same powerful in-game editor used by the developers, players can create their own maps to share and play online with other members of the Under Siege™ community. The game interfaces with several social networks, for example allowing users to directly upload pictures to Facebook and videos to YouTube.

Filipe Pina, Developer, Seed Studios, said, “Under Siege™ has been two years in the making and we’re delighted to be unveiling it to the Under Siege™ community. Due to their often complex control systems, many people associate real time strategy games with the PC, a keyboard and a mouse. But we were keen to demonstrate what is achievable on the Playstation®3. The new Playstation®Move controller in particular, offers some thrilling new possibilities for this genre that we wanted to take advantage of.”

Other features of Under Siege include; 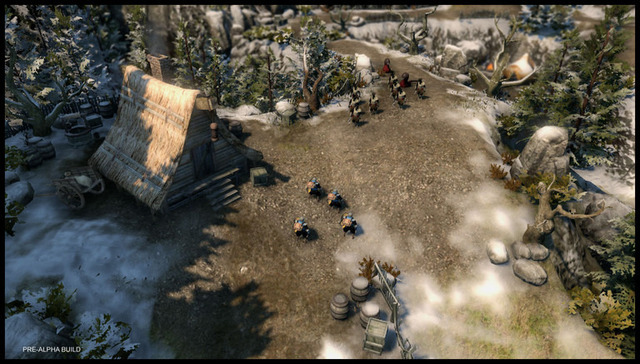