UBI Soft has released Assassin's Creed Brotherhood on the Xbox 360 and PlayStation 3 in America, while the European release is due on Friday. The game offers even more single player based gameplay than Assassin's Creed 2 did and has had some excellent previews. Let us know what you think of the game.

EA has let us know that Shift 2 Unleashed, the next in the Need for Speed games will be released late next year. In the meantime Hot Pursuit has been released in America. Once again the title is to be released in Europe on Friday. If you haven't tried it already, a demo is out now on the Xbox 360 and PlayStation 3 to get a feel for the game before you decide whether to buy it or not.

Discuss Need for Speed Shift 2 Unleashed on our forums

The classic SEGA title Crazy Taxi has been released on PlayStation Network and Xbox LIVE Arcade. The game has been revamped in 720p and now includes leaderboards and trophies/achievements. Crazy Taxi also has two game modes, Arcade and Original along with 16 new mini games for players to test their skills. 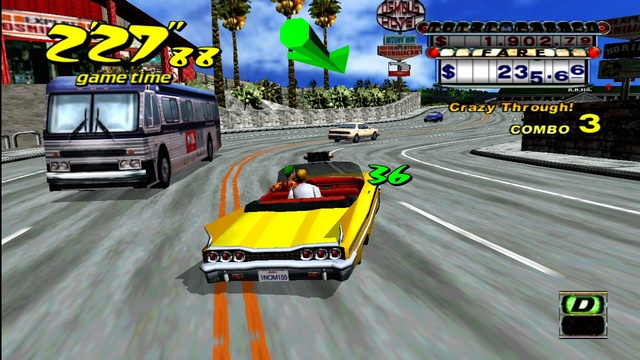 EA Sports Active 2, the fitness based title from EA has been released in America today. The game comes with hearth monitors for each of the three consoles, Wii, PlayStation 3 and Xbox 360. The Xbox 360 version has been specifically made for Kinect and features what EA call "Total Body Tracking".

Harry Potter and the Deathly Hallows: Part 1 Out Now

EA Play and Warner Bros have released Harry Potter and the Deathly Hallows: Part 1 across America and Europe today. The game is based on both the films and the book series and is out on a whole load of platforms, including a version which works with Xbox 360's Kinect Hardware allowing players to cast spells via gestures.

Players will, for the first time, be able to use Harry’s wand as the ultimate weapon, unleashing an arsenal of formidable magic to defeat attackers, protect themselves from harm and evade capture. Players will also find a number of potions throughout the world - which can be used in combat and for stealth. A dynamic cover mechanic will enable the tactical player to utilize existing objects as cover, or magically create their own, on the fly. And Harry’s famed Invisibility Cloak will allow players to sneak past more deadly enemies, or get to various points unseen. The game also includes a series of challenges, available from the main menu and separate from the single player campaign that offers both local and online leaderboards to compare best scores and times across the globe.

Discuss Harry Potter and the Deathly Hallows on our forums

SEGA has released Kingdom Conquest, a free to play MMO designed for the iPhone and iPod touch. The game has been created specifically for the iOS devices and has you playing an adventurer who wants to get his hands on the throne of Magno, the land of monsters. The game blends resource management along with action and is free to play for anyone who downloads it.

Discuss Kingdom Conquest on our forums 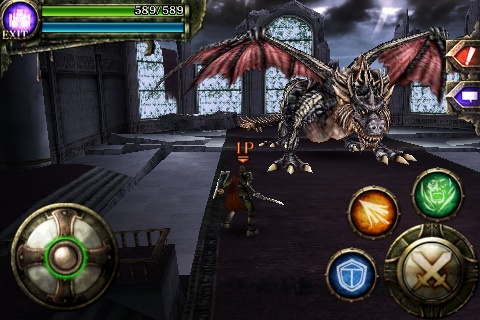 Origin8 have informed us that they have just sent upcoming iPhone/iPod touch game, Sentinel 3: Homeworld to Apple for approval. The game is due out before the end of the month and marks the third in the series of tower defense games from the company. Here are some more features from the game:

Discuss Sentinel 3: Homeworld on our forums 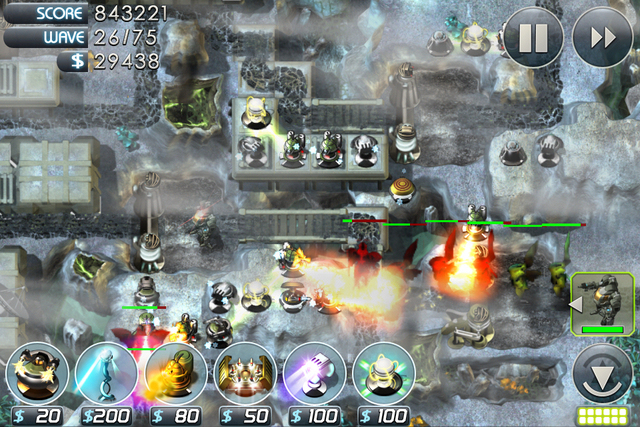 Two Tribes have let us in on the details of their new upcoming title called RUSH. The game is a 3D puzzle title that is due to be released on Steam, with a release date of December 3.

RUSH is a unique 3D puzzle game concept. In the game's fully three dimensional levels, players need to guide cubes to color coded exit points using Conveyor belts, Warps, Stop Signs, Splits and more! The game can be easily controlled with just the mouse, allowing your brain to fully focus on the solutions!

Discuss RUSH on our forums

The Deluge add-on pack for Crackdown 2 has been released and comes with a new co-op arcade mode called “Deluge." This mode has you up against four other players as more and more enemies start to take you on. Next, we have the new Capture the Orb mode, which has you hurtling buildings and dodging rockets as you race to score as many captures as possible, as well as several updates for “Crackdown 2” affecting weapons, vehicles and more.

The Deluge pack is available in both a trial and premium version. The trail version comes with a full sixteen-player Capture the orb mode alongside a sample version of the deluge co-operative mode that will only run in single player. The full version includes all of the extra content as well as the new achievements and more.

Discuss Crackdown 2 on our forums