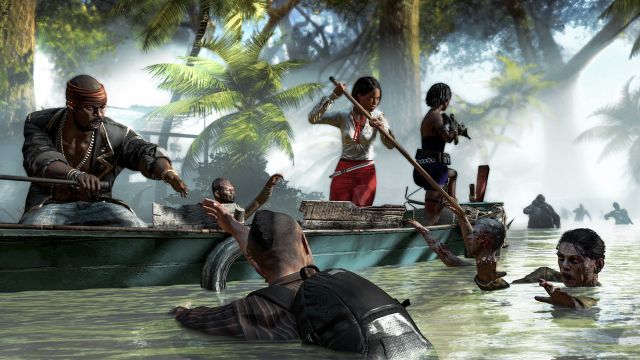 Dead Island was a surprise sales hit in the fall of 2011. Developer Techland and publisher Deep Silver's first person action game, where players battle a zombie outbreak on an island resort, sold millions of copies, even though the actual reviews were mixed.

Now, Deep Silver has announced that the follow up game, Dead Island: Riptide, will be released in the US on April 23rd and in Europe on April 26th. People can also pre-order a special edition of the game, which will add some in-game content like exclusive weapons mods, a new character skin and a digital strategy map.

Dead Island: Riptide is actually described as a spin-off, rather than a sequel, by Deep Silver. However, the game's storyline fits the description of a sequel as it follows the four survivor characters from the original game as they deal with the after effects of Dead Island. Of course, zombies will play a big part of the game.

It appears that people are still not tired of the zombie genre in games. The DayZ mod for ArmA II is set to be turned into a stand alone game later this year and Activision will release a Walking Dead FPS in 2013.