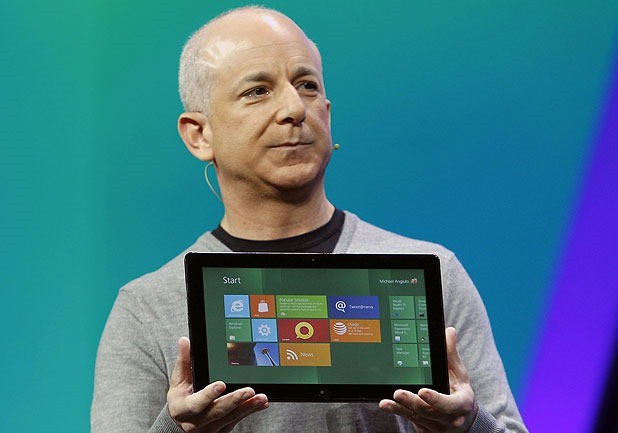 For all the great things happening for Microsoft these past few weeks, common sense would indicate that a situation would likely arise, equaling or overshadowing those great things. That situation can only be the sudden (or, to be fair, immediate) departure of one of the most influential figures in the company’s current structure, Steve Sinofsky.

While we can all speculate on why he left, from the funny to the serious, Reuters has reported on the one constant surrounding the situation: the common noise being sounded from Microsoft and it's former employees. That noise is that Sinofsky was a man that worked within the boundaries of his own team and didn’t work well with others outside of his own "Windows walls."

The man was secretive, but what does that matter? We all keep our work personal, whether out of love or self-preservation, but the latest talk from former colleagues and anonymous or unnamed Redmond sources suggest that he was so secretive that he wouldn’t share the latest internal test builds of Windows 8 and kept the Surface hardware secret from the Office team until just before its announcement. This vexed the Office team in particular. It this secrecy that, insiders say, is the reason for the lack of a fully featured Office Suite on the Surface RT tablet.

Brad Silverberg, the man who was in charge of Windows during its massive growth in the 90s, commented on Sinofsky's work ethic, which was often referred to as "Sinofskyization."

Steven is a brilliant guy who made tremendous contributions to Microsoft. But he was also a polarizing guy and the antibodies ultimately caught up with him.

Sinofsky may have been brilliant at what he did, but it seems he alienated all other groups in the Microsoft camp, especially the Office Division. You have to wonder why he would alienate the Office team, not just because it’s another big money maker for Microsoft, but because Sinofsky was the man who oversaw the development of Office 2007 and its ribbon UI before taking charge of the Windows Division in July 2009.

So, as it stands, it seems that Steve Ballmer wants Microsoft to be more open within its own walls, as former employees and colleagues have commented:

All good leaders create friction, but my guess is the cost of doing business with Sinofsky ended up outweighing the benefits.

If you work in Steven's team, you love him. If he [was] outside of your team? That's where his reputation of being hard to work with came from.

So while Sinofsky was responsible for the Windows Division through its most success period in recent years with Windows 7, it was his secrecy and unwillingness to work well with others that ultimately cost him his job, according to Microsoft insiders.