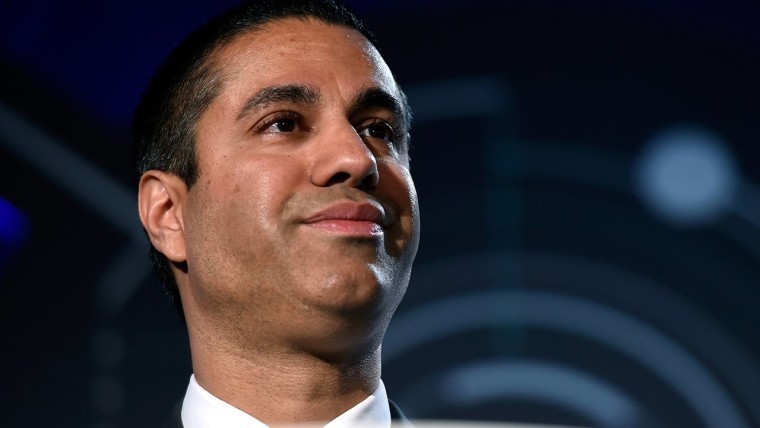 We have known this is coming, as FCC Chairman Ajit Pai has previously made it clear that he feels that Obama-era protections of the internet are an infringement on service providers. Pai sent a new plan to FCC colleagues today that would unravel those protections, with the plan scheduled to be unveiled to the public tomorrow.

The existing rules treat internet service providers as utilities, ensuring that the services they provide are not limited in any way, with open access for all. Pai's plan is expected to cancel those rules, which could allow companies such as Verizon, AT&T, Time Warner and others to start dividing access to different websites into packages and charging separately for them.

Here is the full text of a letter Pai released to the public today:

“For almost twenty years, the Internet thrived under the light-touch regulatory approach established by President Clinton and a Republican Congress. This bipartisan framework led the private sector to invest $1.5 trillion building communications networks throughout the United States. And it gave us an Internet economy that became the envy of the world.

“But in 2015, the prior FCC bowed to pressure from President Obama. On a party-line vote, it imposed heavy-handed, utility-style regulations upon the Internet. That decision was a mistake. It’s depressed investment in building and expanding broadband networks and deterred innovation.

“Today, I have shared with my colleagues a draft order that would abandon this failed approach and return to the longstanding consensus that served consumers well for decades. Under my proposal, the federal government will stop micromanaging the Internet. Instead, the FCC would simply require Internet service providers to be transparent about their practices so that consumers can buy the service plan that’s best for them and entrepreneurs and other small businesses can have the technical information they need to innovate.

“Additionally, as a result of my proposal, the Federal Trade Commission will once again be able to police ISPs, protect consumers, and promote competition, just as it did before 2015. Notably, my proposal will put the federal government’s most experienced privacy cop, the FTC, back on the beat to protect consumers’ online privacy.

“Speaking of transparency, when the prior FCC adopted President Obama’s heavy-handed Internet regulations, it refused to let the American people see that plan until weeks after the FCC’s vote. This time, it’ll be different. Specifically, I will publicly release my proposal to restore Internet freedom tomorrow—more than three weeks before the Commission’s December 14 vote.

“Working with my colleagues, I look forward to returning to the light-touch, market-based framework that unleashed the digital revolution and benefited consumers here and around the world.”

Pai doubled down with an op-ed in the Wall Street Journal on how the FCC plans to "save" the open internet.

The ACLU immediately jumped in, saying the move would be a big mistake. "Internet rights are civil rights," ACLU senior policy analyst Jay Stanley said in a statement. "Gutting net neutrality will have a devastating effect on free speech online. Without it, gateway corporations like Comcast, Verizon and AT&T will have too much power to mess with the free flow of information."

Ronald Newman, ACLU director of strategic initiatives, agreed: “In a world without net neutrality, activists may lose an essential platform to organize and fight for change, and small organizations may never get a fair shot to grow and thrive. Congress must stop Chairman Pai’s plan in its tracks and ensure that net neutrality remains the law of the land.”

Sen. Brian Schatz of Hawaii tweeted his opposition to the plan, saying that the "internet works because the people who charge you for access to it cannot charge different amounts for different content, depending on their commercial interests," he said, adding "The moment they are given a business plan with fast and slow lanes, blocking, throttling, and paid prioritization, there will be no law against it. Just a business decision by a publicly traded company. I sincerely hope my worries do not come to fruition."