Today I got one of Vector’s smartwatches to try out, and what follows are a bunch of unboxing images, and my first impressions after using the watch for about half a day.

You’d be forgiven if you’ve never heard of Vector. It’s a small start-up that has big dreams of taking the smartwatch world by storm with its two current models: the Luna and the Meridian. So what differentiates their watches from the countless other no-name brands that have flooded the markets? Their focus on design and battery life in lieu of fancy screens and functionality. That and the fact that Vector isn’t actually “no name”. Sure they’re a new company, but their team is headed by ex-Timex CEO, Joe Santana and former Nike designer Steve Jarvis. But enough about the company.

Ever since I heard of Vector late last year, two features seemed very attractive to me: a stylish design focused on the “watch” part of the smartwatch, and the promised 30 days of battery life. Compared to the less than 24 hours that most smartwatches get right now, 30 days seems like an incredible achievement – or a facetious lie from an upstart company.

I’m glad to say neither of those aspects seemed to have been marketing fluff, as opening up the Vector Luna box today I was pleasantly greeted by the round, steely design I was hoping for. The Luna watch is quite simple, some would deem it classical, hiding its technical chops pretty well.

Except for its size. This watch is very noticeable, both in terms of its face’s diameter and thickness. If you’re looking for subtle, this isn’t for you. That being said, its weight and overall feel on the wrist are quite pleasant and pretty much in line with what you’d expect from a classic, somewhat masculine watch.

The Luna, and its rectangular brother the Meridian, come with different strap options, including silicone and leather, but I do prefer the regular stainless steel one.

The Vector smartwatch has a monochrome screen, that’s quite smaller than the actual watch itself. The screen seems a bit low resolution and doesn’t have the best viewing angles when it comes to its backlight. Oftentimes there’s a very noticeable blueish tint to the background; that’s not actually a deal breaker, but a deep black would have looked so much classier – not to mention closer to their actual press images.

One of the big features of the Vector smartwatch is its cross-platform compatibility: it works with iOS, Android, and to the surprise of many, Windows Phone and Windows 10 Mobile. I mainly used the watch with my Nexus 5X for now, pairing it and testing out apps and notifications. All of that seems to work well. In terms of Windows 10 Mobile compatibility (and Windows Phone up from 8.1) I only tried pairing the device with the phone app – and that worked nicely. But I’ll take a much closer look at how notifications and apps work in the days ahead.

In terms of actual usage, you should be aware that the Vector watch has its own lightweight OS, so devs have to code their apps specifically for Vector. But apps aren’t the main focus with this watch, as it’s more focused on providing you with quick notifications and info that actual in-depth functionality.

I’ve received a bunch of notifications on the watch – signaled with a short and subtle vibration and a circle around the watch face on the screen. These include e-mails, calls, texts and other chat apps, all of which can be customized in the Vector app on the phone. The notifications work well, but there’s virtually no interaction with them: you can only dismiss them. The only action I could actually take is to decline a call.

There’s also the ability to download “apps” for the watch: the two that I’ve tried out so far are Music, that allows you to somewhat control music playback on the phone, and BBC News, that gives you the top three current headlines. Neither is very impressive, though they’re not meant to be. Everything about the watch is designed to be subtle and hide as much of the technology as possible.

The Vector Luna arrived with around 30% battery life this morning. While I’ll run extensive tests in the following days and weeks I’m glad to say the company’s claims seem to hold true, as I didn’t notice any battery drain at all, despite having the screen on all the time.

The watch can be charged via a USB cable with a magnetic connector, that fits nicely and quickly on the back of the device without any hassle. The watch went from 30% to 99% battery in about one hour of PC charging. Then it stayed there for almost another hour, before finally notifying me it had charged to 100%. That’s not bad at all considering you’re supposedly only going to need to do this once a month.

Oh and there’s one more trick that the Vector Luna has up its sleeve.

While there’s no such thing as a waterproof watch, the Luna is certified as water resistant up to 5 ATM, meaning you should be able to go swimming with it. While I personally wouldn’t recommend that, it’s obviously safe to wear during a shower or in the rain. I’ll test this out more in the following days as well.

So far so good. While I’m not a huge fan of the screen, arguably a very important aspect of the watch, I do fancy many of its features and its overall design. I’ll be using the device for another couple of weeks before I have a full review for you dear readers, but if there’s anything specific you want me to cover don’t hesitate to leave a comment here or let me know on Twitter. 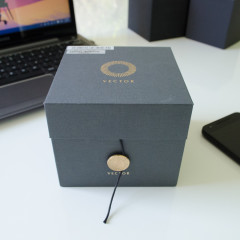 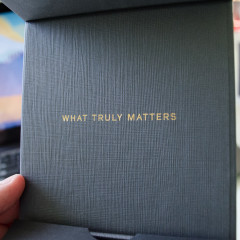 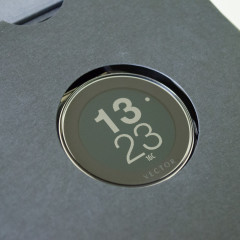 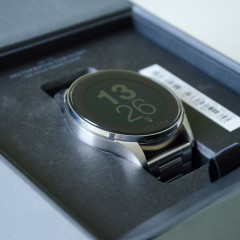 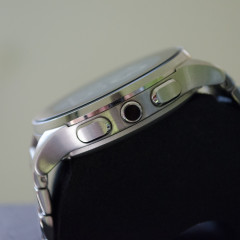 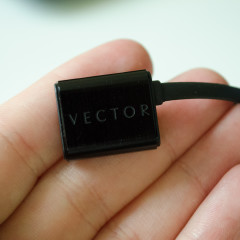 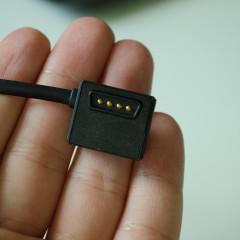 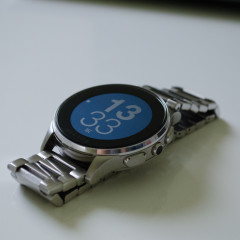 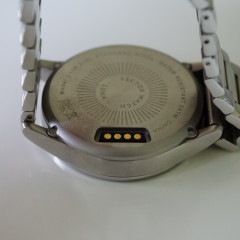 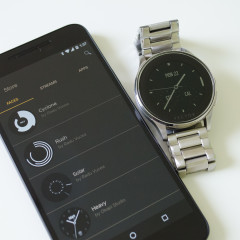 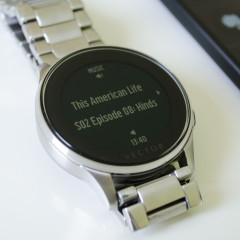 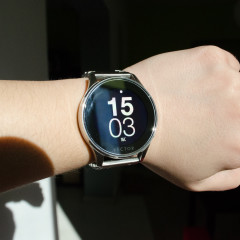