There have been a ton of rumors that Microsoft has plans to launch a seven inch gaming tablet, perhaps with the name Xbox Surface. Microsoft has yet to confirm or deny these rumors but that hasn't stopped many from speculating what the tablet might look like.

One of Neowin's forum members, smileyctp, came up with some concepts of what an Xbox Surface tablet might look like in a recent forum post.  His concept looks similar to the UI design for Windows Phone 8. The interface has been designed to be used mostly in portrait mode, with four main hubs. Three of them are Xbox based: Games, Music, and Videos. The fourth is for Books which smileyctp thinks should be based on the Nook app.

He also thinks that the SmartGlass feature, which links the tablet to the Xbox console, should be a charm in of itself. There's also an image of what the tablet itself might look like running one of the four hubs, Music. 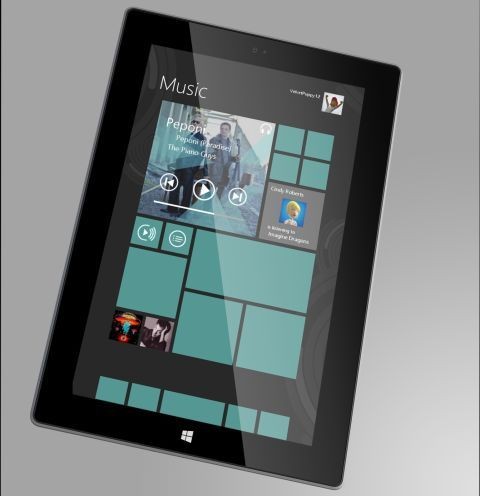 As you can see, there are now four tile sizes, but the extra-large tile is reserved for the app powering each one of the hubs. With the music Hub Tile (as I will call them), you are able to play, pause, and skip music, or just launch the app. A few of the small tiles will perform hub-specific functions--the two here are to create a new Smart DJ and to play a playlist. Artists and albums can also be pinned to the hub screen, as seen with Billy Joel and Boston's album. Social music updates, which Microsoft has promised in an update to Xbox Music, will show up on a separate live tile.

smileyctp says he has even more ideas for what Xbox Surface should look like and we hope he posts more of his thoughts and concept images in our forums in the very near future.