As shown with our previous installments of "From the Forums" features, it's clear that our members are very talented, and this deserves praise whenever we can, with a virtual high five and promotion to the main page.

Enter Immersive Explorer. This program, created by Neowin member link8506, is an alternative to Explorer in Windows 8, so it doesn't replace it and it doesn't even require administration privileges to use. Oh, it also works in Windows 7. 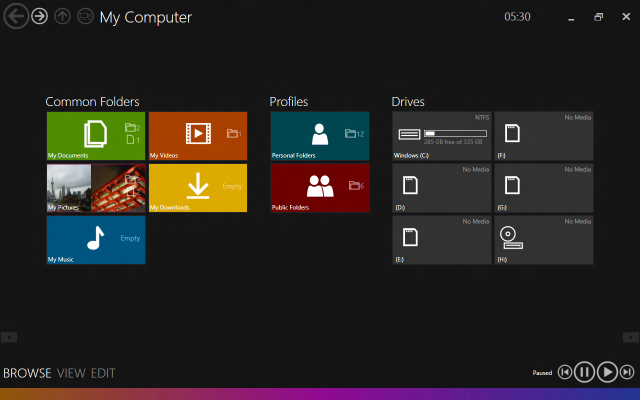 Metro. Love or hate it, it's going to ship with Windows 8, and even though you aren't forced into the environment if you use tweak programs such as Start8 (which allows you to boot directly to the desktop) there are others that welcome it on their touch based devices, and for all the improvements made to Windows Explorer, such as the addition of the ribbon which makes it easier for tablet users to to manage files, it isn't quite that good for finger pointing.

Where Windows 8 lacks Metro style file management, this program comes up with the goods. Microsoft, are you taking notes? 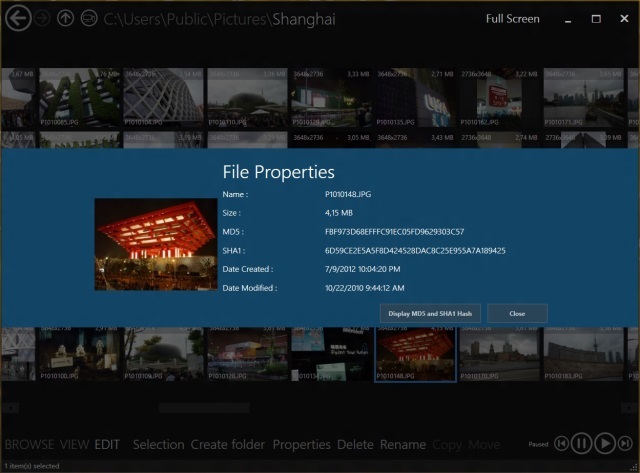 Immersive Explorer aims to provide an "immersive" experience to the user by focusing on the content rather than hiding it behind useless icons and large window chrome and borders. It will also avoid the user from having to open different applications and navigate between multiple windows when doing things as simple as viewing a picture.

For example, when the user wants to see a photo, instead of opening Windows Photo Viewer in a new window, the photo will be displayed directly in the Immersive Explorer window.

Although it's not a Windows 8 "Metro application", it is designed around the "Metro" user interface guidelines. It will be optimised for touch-screens, but will offer a great experience for desktop users too (with features like scroll-to-zoom and keyboard navigation).

Immersive Explorer is based on Win32/.net/WPF (Windows Presentation Foundation). It uses graphical hardware acceleration to display fluid animations and transitions, making it look more modern than the default GDI-based Windows file explorer. Note that it is not a complete replacement for the Windows Shell (it's just an alternative to Windows Explorer) and it won't even need admin rights to be installed.

This is version 0.1 of the program which was released just a few hours ago, you can offer your feedback and suggestions in this forum thread; or give your own virtual high five by either liking his post or replying to the topic.

According to the forum post, once you have this on your system you will be notified of updates, which are planned over the next few days. You can also check out the official website for this and other programs made by link8506.

Update: v0.1.1 has been released which will allow the program to run on x86 flavors of Windows as well.