If the current Black Friday game sale on Xbox One doesn't have anything you might be particularly interested in, fear not, as the team over at Xbox have just added a bunch of additional games for both Xbox One and Xbox 360 this week. If you haven't jumped in on the epic story behind Middle-earth: Shadow of War, now could be the best time to do so with the title being discounted by up to 40%. It follows on the blockbuster hit Middle-earth: Shadow of Mordor, and sees you conquer fortresses in your mission to destroy the evil Lord Sauron. 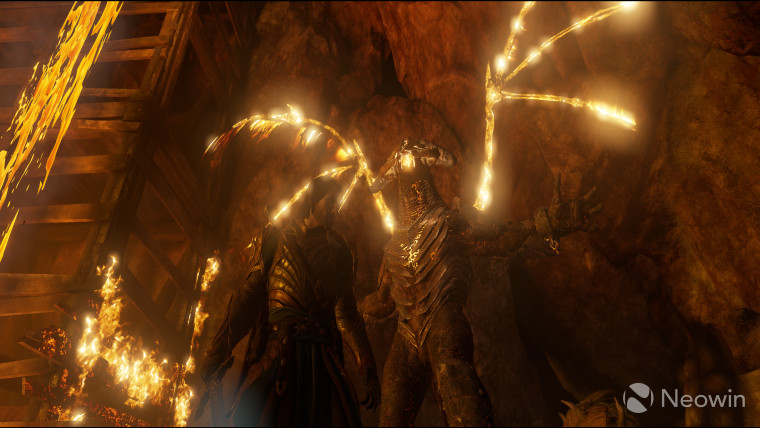 If you were looking to get on top of a Tyrannosaurus Rex instead to smite your foes, ARK: Survival Evolved was cut down by 30% this week. In addition to this welcomed discount, the game received a huge update for those on Xbox One X, improving the game with some spectacular graphics and an even smoother frame rate. If a bit more intimate beat down session with your enemies are more your fancy, Injustice 2 has been discounted by up to 60%.

Other games on Xbox One include Beyond Eyes, a title with a unique narrative surrounding life as a blind person, Mantis Burn Racing, and Dex. For those on Xbox 360, Red Faction Armageddon, God Mode, and Blood Knights are all among the titles that received discounts of up to 90% this week.

For the full list of Xbox One and Xbox 360 deals this week, head on to the source link below.