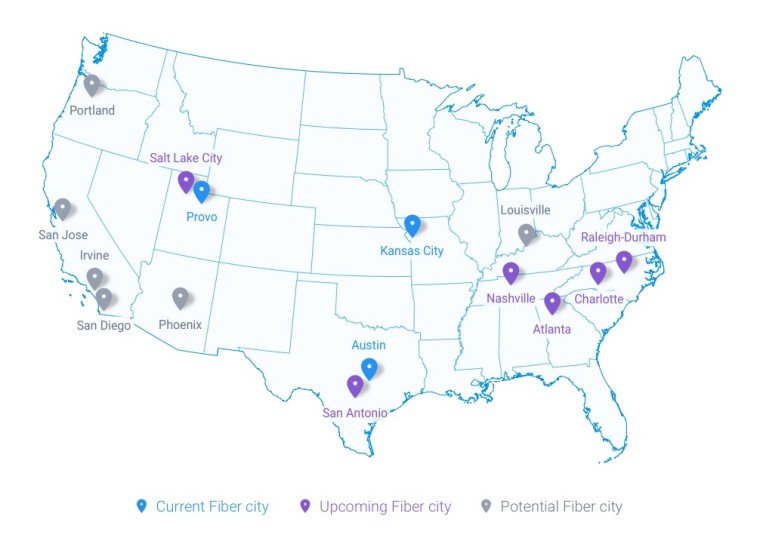 Residents in Louisville KY, Irvine CA, and San Diego CA may be getting faster internet sooner than later thanks to Google Fiber.

The three cities have been added as 'Potential Fiber Cities'. This does not mean they are guaranteed to get the service, but are next-in-line to be considered.

Google will liaise local officials to work out the logistics of bringing a large-scale fiber-optic network to each of the areas. Local topography, housing density, condition of existing infrastructure, and other factors will be assessed before Google gives the final go-ahead.

"This planning process is helpful, both for Google Fiber and city officials—working together, we can take a massive infrastructure project and break it into manageable pieces...

Every city is different and will move on a unique timeline, so we’ll keep in touch with residents about our progress along the way."

After Google announced it was expanding to nine cities in February last year, the timing of the eventual rollouts has widely varied – it may take months or even more than a year before people can sign up.

Google Fiber is highly sought after thanks to the service offering speeds of up-to 1 gigabit (1,000 Mbps) for residents and small businesses.