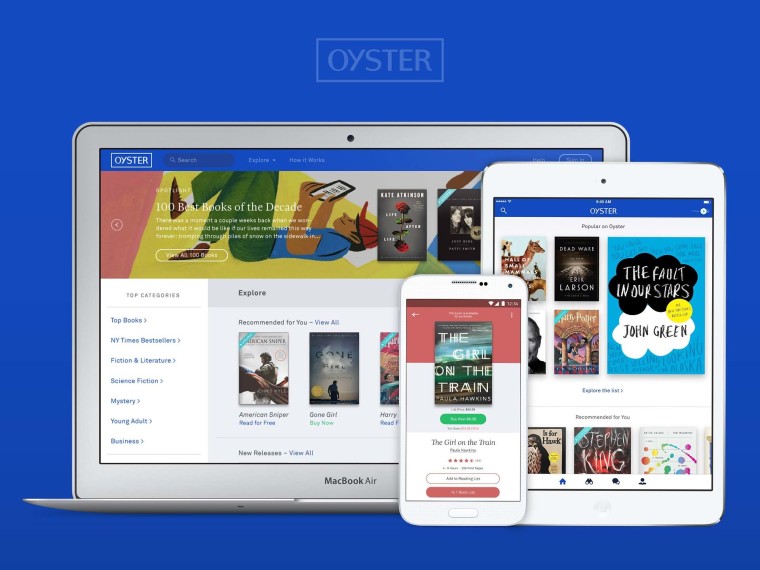 A mere two years after it began, Oyster's e-Book subscription service will soon be coming to a close. The startup offered no specific reasons why it was closing, except that the team behind Oyster are "taking on new opportunities". Oyster was dubbed the "Netflix of Books" and allowed subscribers access to over 1 million books for $9.95/month.

Oyster's closure may be explained by what Re/code calls an "acqhire". According to sources, Google has hired a majority of the Oyster staff, including CEO Eric Stromberg and co-founders Andrew Brown and Willem Van Lancker. They will enter into familiar territory within Google, joining the Google Play Books team. In order to acquire the Oyster team, Google will most likely be paying as much as $17 million USD to reimburse Oyster's initial and early investors. It is now speculated that Google may enter the subscription book market to compete with Amazon's Kindle Unlimited