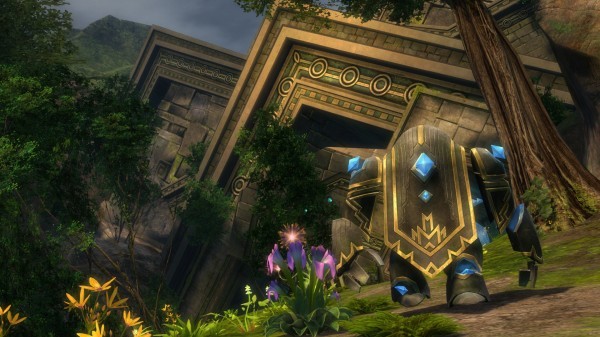 A couple of weeks ago, developer ArenaNet and publisher NCsoft announced that their long awaited fantasy MMO sequel Guild Wars 2 would finally launch on August 28th. Today, the development team announced some of the details players can expect if they check out the game in its final pre-release beta weekend.

The beta weekend will be held on July 20-22nd. According to a post on the ArenaNet.com site, it will let players control all five of Guild Wars 2's races. That includes the asur and the sylvari, which have not been made available to players in previous beta weekends.

All five of the game's playable races, including the other three (human, norn, and charr) will have their own distinct home regions. ArenaNet says, " ... each race in Guild Wars 2 has its own identity, and the asura and sylvari perfectly illustrate this."

People who pre-purchase the game will be able to participate in this final beta weekend. The $59.99 digital edition comes with just the game but the $79.99 Digital Deluxe Edition also comes with five more exclusive in-game items. There is also a massive $149.99 retail Collector's Edition of Guild Wars 2 that will have lots of real world content extras.