For one thing, the Yoga A940 rethinks Microsoft's Surface Dial. The Lenovo Precision Dial plugs into a USB Type-A port on either side of the device, so it's not taking up valuable screen real estate. It has a button and two dials, and you can hold the button to adjust what each one does.

Along the base is a Dolby Atmos soundbar, and you'll notice that the base is considerably larger than a Surface Studio's. Aside from the soundbar, this provides other advantages. For one thing, it offers a place to store your mouse and keyboard.

This is something I always appreciate from Lenovo, it's ability to solve those little annoyances, like having to move your mouse and keyboard to the side when tilting the screen on a Surface Studio.

To the right, there's an area where the mouse and pen can be stored, but that also doubles as a wireless charger for your phone.

Another benefit of having a larger base is that the Yoga A940 actually uses a desktop CPU, while the Surface Studio uses a chip that's made for laptops. It has a 4GB AMD Radeon GPU, so that's one area where the Studio outperforms, with its Nvidia GTX 1070.

One more thing is that it starts at $2,349.99, meaning that it's about $1,150 more inexpensive than the cheapest Surface Studio. 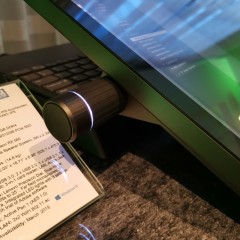 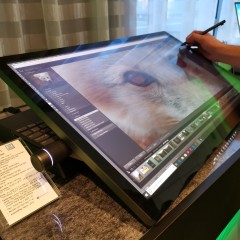 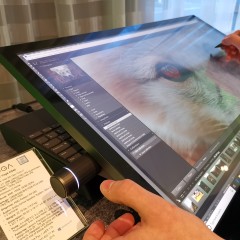 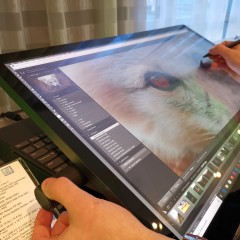 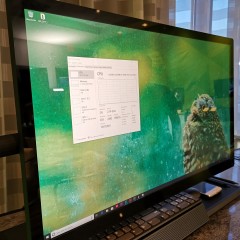 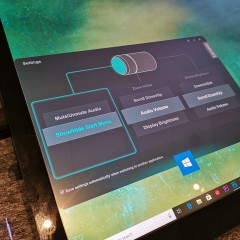 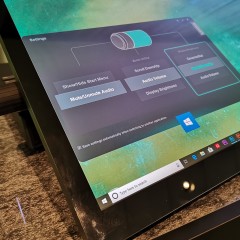 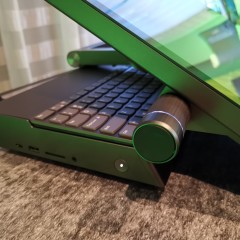 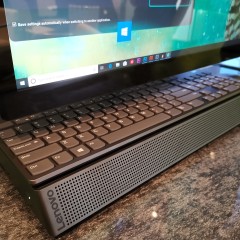 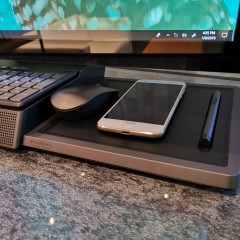 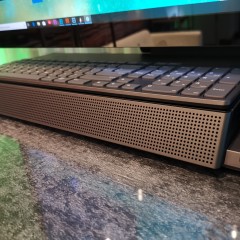 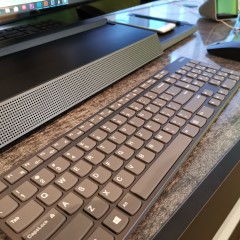