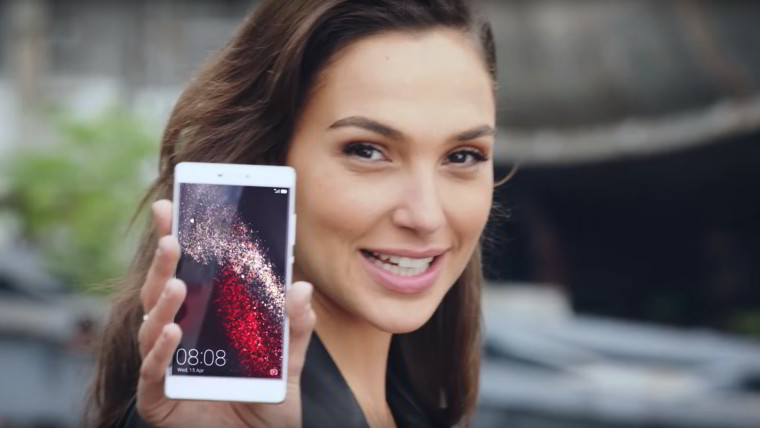 Chinese tech giant Huawei has enlisted a familiar face as it plans to invade the United States with its Mate 10 Pro next month without a wireless carrier. Who better to lead a war than Wonder Woman as the company's new CEO.

Gal Gadot is being brought in as the company's new Chief Experience Officer, and while the title is likely nothing more than an honorific, it shows that Huawei knows it is facing an uphill battle against the likes of Samsung and Apple in trying to break into the U.S. market without the assistance of an AT&T or Verizon.

Gadot, best known for her role as the Amazonian superhero and the highest grossing actress in 2017, will likely use her new title as a spokeswoman in ads and through social media. She reportedly uses Huawei's P8 daily, so she is a good spokeswoman who knows the product. In 2015, she appeared in a Hebrew-language commercial for the handset in her native Israel.

“In this new role, Ms. Gadot will help shape the company’s brand experiences and play an active role in listening to and providing ongoing ideas to inform how Huawei will bring the best experiences to its consumers,” real CEO Richard Yu said in a statement.

Of course, using Gadot to break into the U.S. mindset is only part of the battle. The company has started a campaign with the "It’s pronounced Wow Way” tagline in an effort to teach people the proper way to pronounce the Chinese company's name. Huawei also plans on a “best phone you’ve never heard of” marketing push in the United States as well.

Yu said in an unscripted moment near the end of his CES keynote that the failure of the AT&T deal was a blow. “Everybody knows that in the U.S. market that over 90 percent of smartphones are sold by carrier channels,” he said. “It’s a big loss for us, and also for carriers, but the more big loss is for consumers, because consumers don’t have the best choice.”

Yu's heartfelt words and Gadot leading the new marketing campaign give the company a puncher's chance of gaining some acceptance for their handsets in the West, at least until they can find a carrier willing to take them on. The Mate 10 Pro is a quality device, and could give the Galaxy and iPhone units a serious run for their money. The unlocked phone launches February 18 for $799 through Best Buy, Amazon, and Microsoft, and will work on GSM networks such as AT&T and T-Mobile.

As for bringing in Gadot, this isn't the first time Huawei has added superhero star power. In 2016, it had Superman Henry Cavill and Black Widow Scarlett Johansson doing commercials together for the P9.