For all of its ubiquity in global communications, Huawei remains virtually unknown by the majority of customers. Indeed, despite being the world’s second largest telecom equipment maker, and even being ranked among the world’s most respected companies (by Forbes), most influential companies (BusinessWeek), and most innovative companies (Fast Company and The Economist), Huawei’s brand recognition is far below that of other big names in communications.

The company is working hard to improve its presence in the consumer space, though. Just a few weeks after announcing its new 7” MediaPad – the world’s first Android 3.2 tablet, just 10.5mm thick and powered by a dual-core 1.2GHz processor – Huawei has now announced its new Vision smartphone, the latest addition to its growing range of consumer-focused devices, as reported by Coolsmartphone. 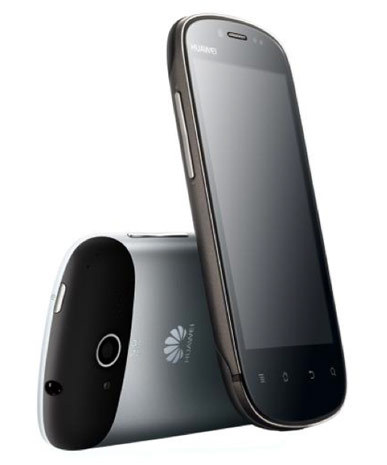 The Vision’s most interesting feature is its aluminum unibody construction, affording the handset an incredibly strong chassis, but also a light one. The device weighs in at just 121g, and it’s pretty thin too; just 9.9mm at its leanest point. Available in three colours (silver, rose gold and charcoal), its svelte body is home to some otherwise fairly ordinary specs: a 3.7” capacitive touchscreen, 5MP auto-focus camera with LED flash and 720p video recording (and a front-facing camera too), and a 1GHz MSM8255 Snapdragon processor.

On the connectivity side of things, there’s everything you’d expect from a smartphone these days, including b/g/n Wi-Fi, A-GPS, FM radio tuner, Bluetooth 2.1 with A2DP, and micro-USB 2.0 port; there’s also 512MB of RAM and 2GB of ROM, plus a microSD slot supporting cards up to 32GB.

Things are slightly more interesting on the software front, with the Vision being powered by Android 2.3 (that’s Gingerbread flavour), and controlled through Huawei’s custom UI – which it refers to as a “3D user interface and carousel animation display”, but given the absence of a 3D-capable screen (at least, according to their current spec sheet), don’t expect that carousel to be jumping off the screen at you any time soon. Still, the inclusion of four games – Angry Birds, Order & Chaos Online, Asphalt 6: Adrenaline, and Guerrilla Bob HD – is a welcome addition.

Huawei says the Vision will be available in selected markets from September. Although the company hasn’t officially announced pricing, one UK e-tailer, SuperEtrader.co.uk, is accepting pre-orders for £335 (around $550) including tax.