Microsoft's marketing department is in full swing with the official launch of Windows 10 taking place on the 29th of this month and now, purported images of the official 'box shots' for the OS have made their way to the internet. 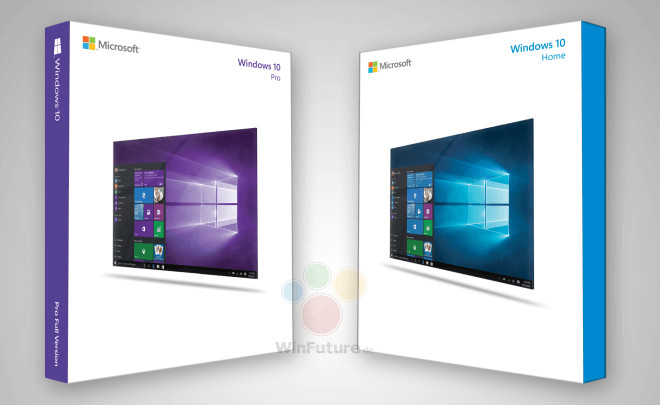 As can be seen, there are subtle variations in the color scheme, with Windows 10 Home getting a blue theme and Windows 10 Pro getting purple. The design itself is also quite simplistic, with only the official desktop hero wallpaper and the Start menu shown on the cover. While most of you will possibly be upgrading from Windows 7 or 8.1 for free or receiving Microsoft's operating system pre-installed on your computers, those building their own PCs might get one of these. There have also been rumors that Microsoft has plans for releasing USB drives containing Windows 10 so these may only wind up in the hands of those who buy retail discs.

Windows 10 is the next iteration of Microsoft's omnipresent desktop operating system and will be a free upgrade for those already running Windows 7 or 8.1 - for a year, at least. After the lukewarm response to Windows 8, Microsoft has tweaked the UI significantly, bringing back the start menu and making it similar to Windows 7 overall, with an emphasis on making it user-friendly for touch, mouse and keyboard users.