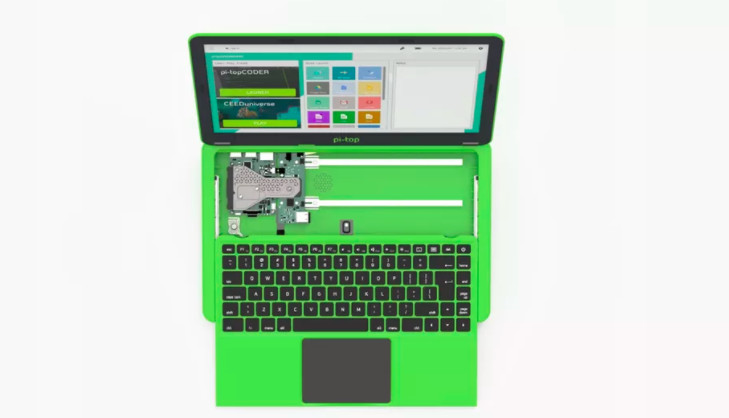 The Raspberry Pi was first introduced years ago as a tool to promote coding. The price point was affordable and it had the ability to accept different components to expand its original feature set. This has led to many unique projects, one of which, is the Pi-Top modular laptop.

The Pi-Top originally made its debut in 2014 as an Indiegogo project and was successfully funded at a little over 200 percent of its goal. Now, the firm is coming back with a revision of its modular laptop. The new model will feature a 14-inch 1080p display and a keyboard that can slide out, revealing the internals and that makes upgrading the hardware much simpler. Users will be able to add components using the Modular Rail, with the standard bundle coming with the Inventor's Kit.

For added convenience, the trackpad has now been centered, making it look more like a traditional laptop. As far as the OS goes, you're looking at a custom build called pi-topOS: Polaris. If interested, you can pick up the Pi-Top for $319.99, which includes the Raspberry Pi or stick with the base model and supply your own board for $284.99.

Source: Pi-Top via Engadget, The Verge