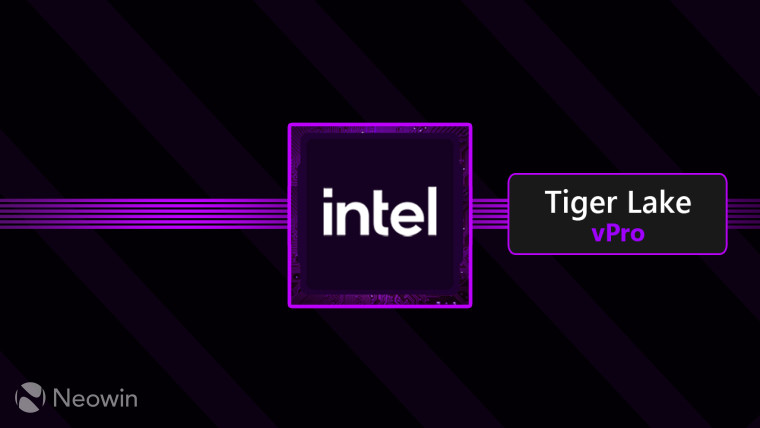 If you didn't guess it was coming based on partner announcements, it's official now. Intel today announced its Tiger Lake vPro platform. If you're unfamiliar with vPro, it's Intel's platform that provides hardware-based security features for businesses.

One of those is Hardware Shield, which uses AI for threat detection, stopping ransomware and crypto-mining attacks. There's also Control Flow Enforcement Technology to shut down attacks that can't be stopped by software solutions.

Comparing it to 10th-generation vPro, the difference is even more significant, promising things like 8x better AI performance and 2.3x faster video editing. That's because Intel's 10th-generation vPro processors were from the 14nm Comet Lake family, unlike the 10nm Ice Lake chips that were available on the consumer end of things. Ice Lake also comes with the more powerful Iris Plus graphics, while Comet Lake has lesser UHD Graphics.

Tiger Lake uses Intel's 10nm SuperFin technology, and it takes graphics to another level with Iris Xe. Compared to Comet Lake vPro, the graphics improvement is quite significant. Intel is also promising the biggest Wi-Fi improvement in decades with Wi-Fi 6/6E. And of course, the new chips support things like Thunderbolt 4 and PCIe 4.

Intel's 11th-generation vPro processors are shipping in new thin and light business PCs this month. The company also introduced the Evo vPro program, which promises the best experience for thin and light business PCs, like Evo on the consumer side. It promises things like instant wake, exceptional battery life, and more. It combines the experience of Evo with the security of vPro, if it's not obvious, and Intel says that it has over 60 laptops from various OEMs in the pipeline for this year.