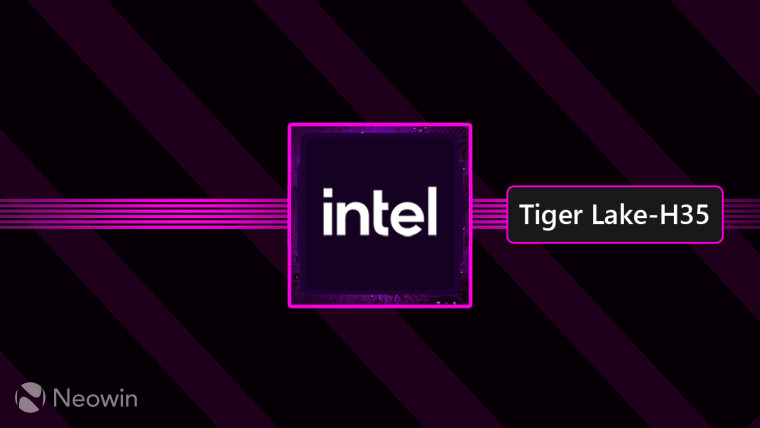 Today at CES 2021, Intel is making a wide range of announcements. Alongside its Tiger Lake vPro processors, it's also announcing new Tiger Lake chips for gaming PCs. This is called Tiger Lake-H35, because these are 35W processors instead of the typical 45W TDP that we usually see in H-series mobile CPUs. It's built on a 10nm process, a first for anything beyond the U-series or Y-series, and that's presumably part of the reason that the TDP is turned down. Don't worry though; you can still get turbo speeds of up to 5GHz.

But Intel is creating a new category out of it. Typically, you'll find H-series processors in gaming laptops and mobile workstations, so now, you're going to start to see ultraportable gaming laptops. They're going to be 18mm thin, while existing thin gaming laptops tend to be 20mm. It's aimed at 1080p gaming, and of course, you'll still get next-gen graphics with PCIe 4.0.

Along with the 35W TDP and 10nm process, these chips are quad-core with eight threads. Intel says that the Core i7-11375H has the fastest single-threaded performance of any laptop chip, matched only by the 45W Core i9-10980HK, and it outperforms competitors by 30%. Of course, we're only comparing single-core performance, since competitors are using more cores.

In fact, Intel's own mobile processors have more cores than that, which is why the SKU is a relatively low number for a Core i7. The full 45W mobile processors are coming, and you'll see eight-core CPUs with 16 threads and up to 5GHz clock speeds soon enough. Intel also said the new chips will support Thunderbolt 4, Wi-Fi 6/6E, and PCIe Gen 4 with 20 lanes.