With users now getting to grips with the Windows 8 Consumer Preview – and Microsoft revealing more details about how business can embrace the new operating system, just as much as consumers – we’re starting to get a clearer idea of how the OS will run on existing PCs. But of course, that’s only half of the story; Windows 8 promises to introduce some exciting new hardware designs, and even entirely new form factors, to the Windows ecosystem.

We’re still many months away from being able to buy systems designed for Windows 8, but that hasn’t stopped manufacturers from giving us a taste of what’s to come. The latest to do so is Intel, which has been showing off a new Ultrabook system at CeBIT, featuring a touchscreen and a next-generation 1.5GHz Ivy Bridge processor. 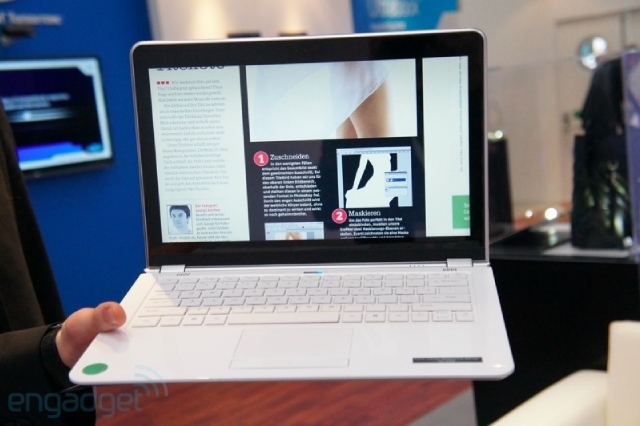 The 13.3” capacitive touchscreen LCD features a resolution of 1600x900px, and Engadget describes it as ‘gorgeous’. The rest of the system’s specs are rather vague, but HDMI and twin USB 3.0 ports can be spotted, along with slots for SD and SIM cards, and NFC. 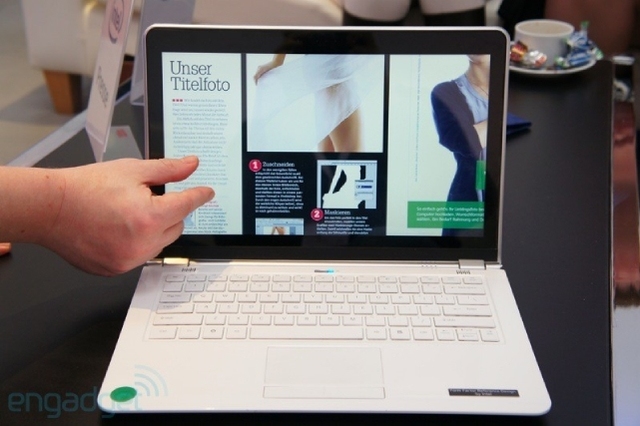 The killer feature here is of course the touchscreen – but given that this system is a one-off, destined never to go into mass production, it’s surprising that Intel chose to show it running Windows 7, rather than the Windows 8 Consumer Preview, which just begs to be touched. Even so, The Verge described the system as “an absolute delight to use”, with responsive and snappy touch interaction. 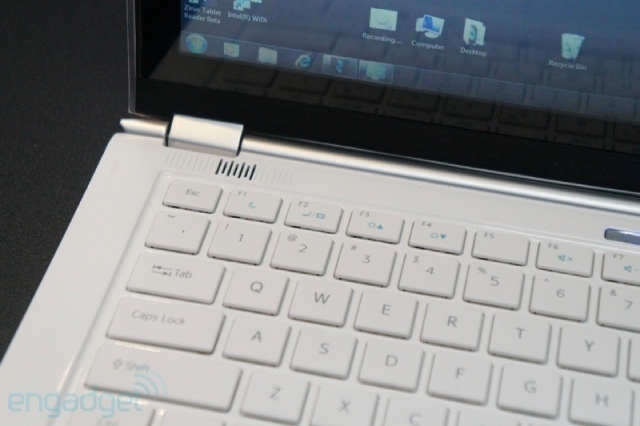 Reference designs such as this Ultrabook often preview new technologies, or demonstrate how other manufacturers might incorporate new features and enhancements into their own designs. In this case, Intel hopes to showcase the benefits of adding the touch user experience to a familiar form factor. 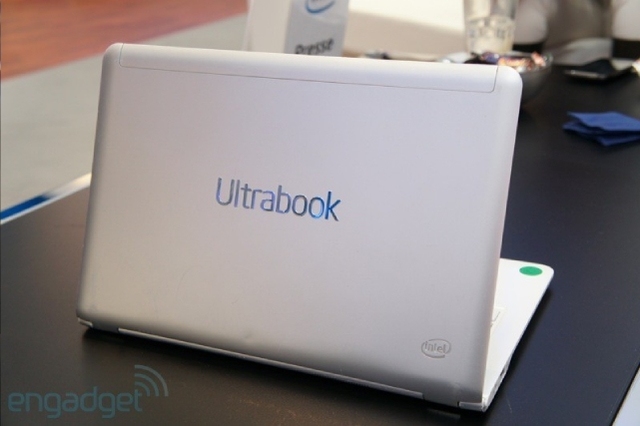 As stylish as the Intel Ultrabook undoubtedly is, though, it’s perhaps not quite as exciting as Lenovo’s new Windows 8 device, the IdeaPad Yoga, a convertible notebook with a touchscreen that ‘flips’ into a tablet format; check out our video of that device from the Consumer Electronics Show in January.