Verizon is expected to announce the availability of the iPhone on their network at a special January 11 event, with invites sent out to the media earlier today.

According to Apple enthusiast blog The Loop, Verizon issued the invites to attend the special media event in New York on January 11 at 11am earlier this morning. No hint of any possible announcements were provided, but speculation has increased that the media event could at long last see the announcement of the iPhone on Verizon's network, bringing to an end the exclusivity arrangements between Apple and AT&T in the United States.

While at this stage such an announcement still remains speculation, The Wall Street Journal's All Things Digital site have also confirmed they've been hearing from a number of sources that the event will indeed see the arrival of the popular smartphone on the Verizon network, although it's unclear whether Apple CEO Steve Jobs will be present at the event.

"Sources close to the company tell me this will indeed prove to be the long-rumored Verizon iPhone announcement," John Paczkowski wrote today. "Question now is will Apple CEO Steve Jobs join Verizon President and COO Lowell McAdam onstage to make it."

As Paczkowski points out, the Verizon iPhone may be announced by the carrier itself rather than Apple, who traditionally hold the media events themselves, because bringing the hit phone to the network is more of a "carrier announcement" than an Apple one.

It's thought the iPhone will go on sale with Verizon on February the 3rd, with a number of sites confirming Apple's own retail staff in the United States have been told not to take any holiday breaks around the date.

The news follows Neowin's exclusive image this morning of the iPhone 4 reportedly running on the Verizon network and held by a Verizon executive. 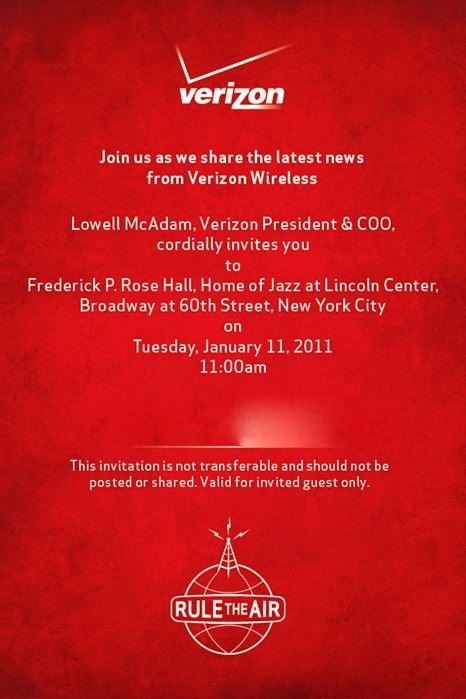