Microsoft has been adding more features to its Snapshot information box feature on Bing.com in the past few months, including the Klout rating of some celebrities and professionals this week. Now it looks like the Snapshot info box could start appearing right on the front page of Bing.com. 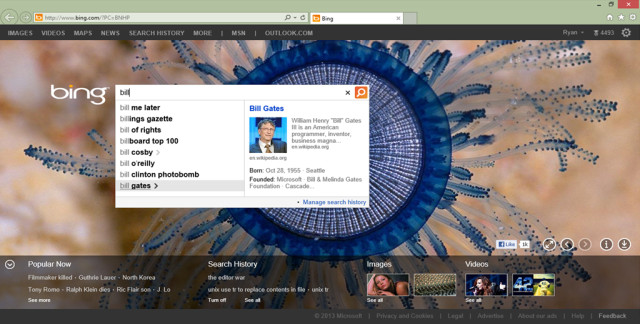 Our own visits to the site did not generate any Snapshot boxes for our Bing search strings, which likely means that Microsoft has only made this feature live for some Bing users to test it out and also get some feedback from those users.

It does seem clear that Microsoft has been spending a lot of time adding and refining the Snapshot feature to Bing in response to Google putting in more of its similar Knowledge Graph boxes in its search results. We will almost certainly see more expansion of Snapshot boxes on Bing in the future.