Kickstarter is a site that gives people with product ideas a place to pitch their offerings to people who want to donate to their cause. While donators aren’t investing in the idea, they are given rewards for their generosity. Our last feature focused on Apple iPad products, including two different stands for the iPad, a speaker/charging system, and a video game. While the latter two have successfully received their funding, the first two are still looking for funds, with the Meglio needing nearly two-thirds of its funding over the next nine days and the Hanfree needing one-third of its funding over the next 38 days.

Although 360 degree panoramic lenses have been around for awhile, most of them are expensive and lack easy-to-use software. In addition, they are usually only available to use on high-end cameras. Michael Irondinelli is hoping to change that with the invention of the GoPano micro, a device that attaches to the camera of your iPhone 4 and allows users to take 360 degree full motion video. Not only does this project require good hardware to take the videos, but a software package is also nearing completion that allows manipulation of the panoramic videos. The Kickstarter video displays some uses for the tool, such as recording tennis matches or imitating Google’s Street View. The project needs $20,000 and is nearly 75% of the way there with well over a month left. 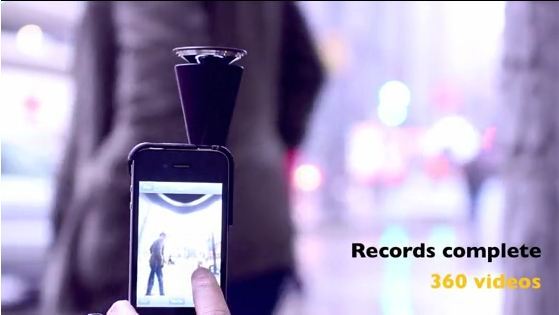 The Cosmonaut: A Wide-Grip Stylus for Touch Screens

Tablet computing is more like writing on a whiteboard than writing on a piece of paper, so with that concept in mind Dan Provost and Tom Gerhardt created a stylus that mimics a dry erase marker. The Cosmonaut, as it’s called, has similar physical dimensions of a whiteboard marker, the tip glides smoothly across the glass, and apparently works great for jotting down notes, creating diagrams, and for general everyday use. Something else that is interesting about the project was the way they set up their funding/rewards system. They decided to follow in the steps of Radiohead’s In Rainbows album, and allow the Kikcstarter members decide how much they would pay for a Cosmonaut. They set up 3,000 $1 pledges, and asked contributors to donate whatever they felt the project was worth, with the understanding that failure to meet the $50,000 funding level would mean the project would never come to light. It appears that their plan worked: The project currently has $91,508 with 4,697 backers – it was so popular that they had to create two “standard” pledge levels to accommodate the extra contributors! 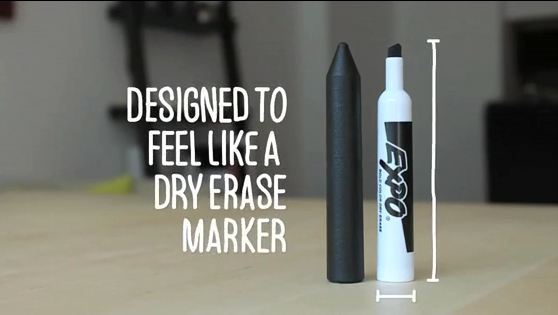 With more and more people working on smart phones and tablets, the ability to use a keyboard and mouse combo is being reduced. Enter the Keyglove, an open source hardware project that looks to help users control these mobile devices without having to rely on inefficient virtual keyboards. The project is built upon the open source Arduino project and works by placing 34 sensors throughout the glove that relate to different keystrokes when touched together. In addition, the Keyglove is made of a conductive fabric so users can manipulate their touch screen without having to remove the glove. The whole device looks similar to the Peregrine, only in an open source format. Not only does creator Jeff Rowberg think that this could help people on mobile devices, he’s also hoping it may be able to improve the adoption rate of wearable computing as well as help people with physical handicaps that may be unable to use both hands very well. While it remains to be seen whether something like this will reach the mainstream, and it looks a lot like the old Nintendo Power glove, it’s an interesting idea that seems to have a strong following. The project is over 40% funded with nearly a month left to go. 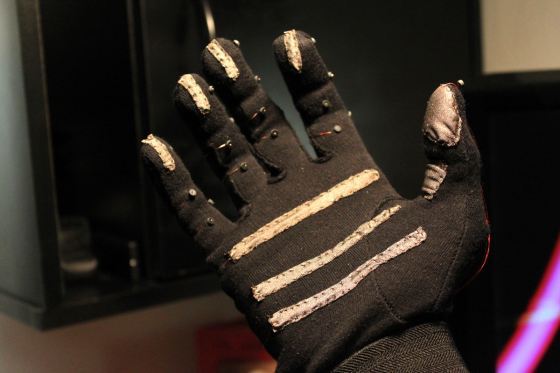 While not strictly a technology project, it seems that desktop toys and IT go together hand in hand as evidenced by the many toys listed at ThinkGeek.com. The final project of the week is a DIY snap-together desktop trebuchet. The siege weapon can be put together using no nails, screws, or glue as it has been designed to simply snap together. It takes ten minutes to assemble, is roughly a foot tall and can launch the included superball roughly 20 feet.  Unfortunately the project has a way to go before meeting its goal: It’s currently just over 25% funded and needs to raise another $35,000 to reach the goal. The high funding requirements are due to the project wanting to create their own shop to produce these machines as well as other devices in the future. 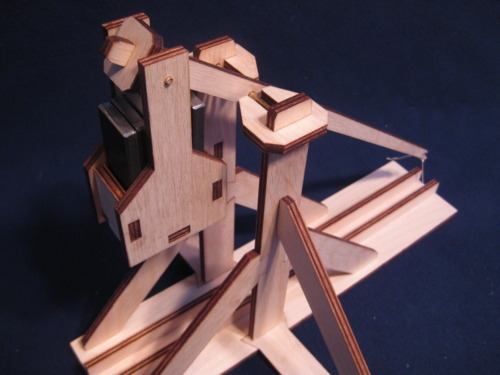