Remember the Nokia 808 PureView, the phone that carries a massive 41-megapixel camera but unfortunately runs Nokia Belle? Well today two new slides have leaked that appear to show the same huge camera sensor, but this time in a Windows Phone that would presumably be part of the Lumia series. 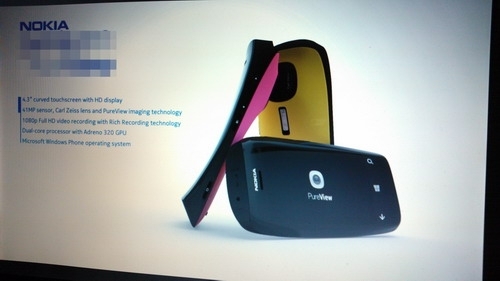 Thanks to IT168.com (via GSMArena) we not only see the an image of what this Lumia PureView device would look like, but we also get some early specifications. According to the slides the device will pack a 4.3-inch curved HD display, and an unnamed dual-core processor with an Adreno 320 GPU. Luckily from that tidbit we can conclude the SoC will likely be a Qualcomm Snapdragon S4, presumably the Qualcomm MSM8960 Pro that has a dual-core Krait CPU clocked at up to 1.7 GHz. 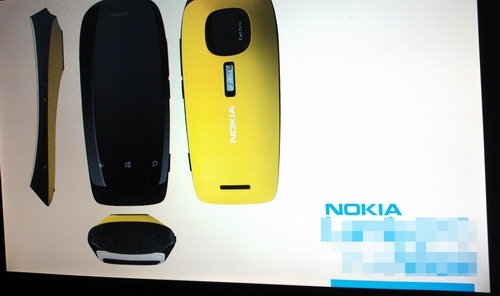 And then of course there is the 41-megapixel camera sensor with Carl Zeiss lens, PureView image oversampling technology and 1080p video recording at 30 frames per second. You'll notice from the included images that the design of the smartphone is quite large to accommodate the huge sensor just like the 808 PureView.

You'll have to wait a bit before we hear anything on this device because with rumored specifications like that, the supposed Lumia PureView will only be compatible with the upcoming Windows Phone "Apollo" update. Also, the design is quite unusual, so perhaps Nokia will do some tweaking before they send this Lumia device to the market.

Thanks to subcld for the tip via the forums! Images courtesy of GSMArena.