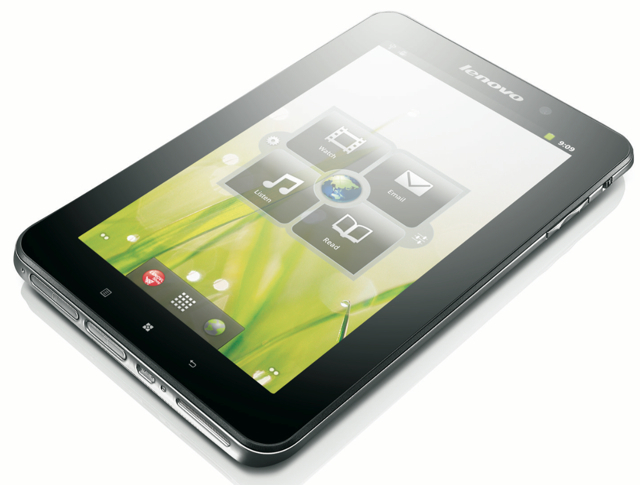 When HP cut the price of its discontinued HP TouchPad tablet to just $99, the tablet that no one seemed to want suddenly became an instant sell out. Lenovo clearly hopes some of those sales follow its just announced IdeaPad A1. As reported by ZDNet, the 7 inch tablet running Android will have a starting price point of just $199, about half what other tablets of its size usually sell for.

As one might expect the technical specs of the IdeaPad A1 are not quite the same as some of the other 7 inch tablet PCs that have been released. It will only have a single core 1 Ghz processor rather than the dual core processors we have seen in other Android-based tablets. It will also use the 2.3 version of Android rather than the more advanced 3.0 version which was made especially for tablets. Engadget reports that the $199 version will just have 8 GB storage, while the 16 and 32 GB models will sell for $249 and $299, respectively. Engadget also claims that the $199 8 GB version might not ship in the US but that has yet to be confirmed.

However some of the IdeaPad A1's specs are looking pretty solid. It will have a screen resolution of 1024 x 600 as well as both front and rear facing cameras. In addition to being able to access the Android Marketplace, Lenovo will also let users get access to over 200 exclusive apps from its own Lenovo App Store. At the moment the first IdeaPad A1 tablets are scheduled to be released sometime later in 2011.