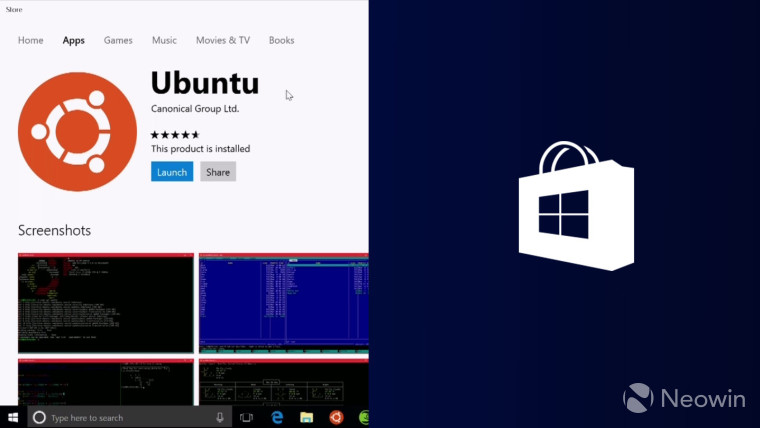 One of the most well-received announcements from Build 2017 earlier this month was the addition of three new Linux flavours - Ubuntu, SUSE, and Fedora - to the Windows Store, allowing Windows users to run Linux applications without the need for dual-booting.

Unfortunately, however, this functionality will only be limited to the 'normal' version of Windows and the new Windows 10 S - Microsoft's version of an Apple-esque walled garden - will not be able to run Linux distros.

As Microsoft explained when it first announced the new OS variant, Windows 10 S will only run apps found on the Windows Store, including Win32 apps ported to the Store via the Desktop Bridge, for greater security and accessibility. Sadly, not all apps found in the Store will be available, as Microsoft's Rich Turner explained in a blog post:

"There are some apps that are not allowed to run on Windows 10 S, including all command-line apps, shells and Consoles."

He further explains the reasoning for this restriction, clarifying that while Linux distros are downloaded and installed via the Store, they run as command-line tools outside the UWP sandbox and therefore go against the vision for a controlled and secure 'walled garden' that Microsoft has for Windows 10 S.

Microsoft has repeatedly emphasised its desire for Windows 10 S to be exclusive to niche use cases, such as students, and this new restriction further stresses this point: Windows 10 S is not meant for everyone. As part of a growing trend in education regarding the importance of coding across the variety of educational fields, students too may require more advanced tools and permissions these days. As to how these restrictions bode for the success of the new OS, even with Microsoft's target demographic in mind, remains to be seen.