In a trial that can only be described as Big Brotherly, London is going to start trials of attempting to stop speeders from space.

The basic idea works around that the vehicles are equipped with information about speed limits for public roads. A satellite will monitor the speed of the car vs. the pre-installed data to determine if the car is speeding.

If the car is found to be speeding then one of two things can happen. The car can either be slowed down by the satellite (voluntary mode) or the car can alert you that you need to slow down but won't actually adjust the vehicles speed (advisory mode). There will be an override switch that will allow the driver to disable the satellites ability to control the car.

Testing will begin on London cabs, buses and government vehicles only and private citizens will not be affected. It remains to be seen if the new technology will be effective and if citizens are willing to accept this amount of government intrusion into their daily drive. 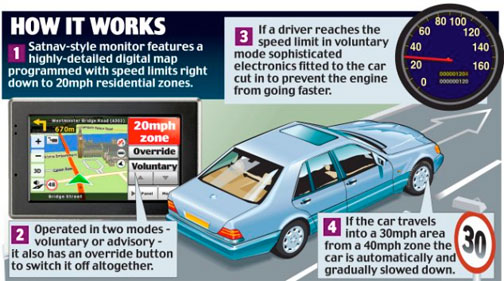